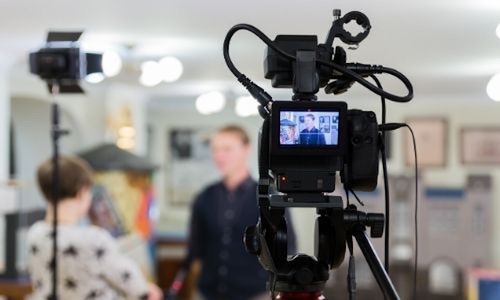 Are you video professional or hobbyist? You'll need some essential gear for video production to make high-quality videos and the process easier.

If you’re a professional videographer or a hobbyist, you’ve probably picked up on the fact that there’s an overwhelming amount of gear to choose from. This can make it difficult to decide which piece of gear you should add next. Here we introduce the essential gear for video production.

Video camera of choice
Obviously, before you can do any shooting, you need a good video camera. The camera type you need depends on your needs. For instance, if you’re a professional, your demands will be much higher than someone who shoots some videos on the side.

Extra lenses
A common misconception about cameras is that the camera doesn’t matter and it’s all about the lenses you use. This isn’t true, because the quality of your camera will impact the shot, usability, on-hand editing, and so on, while the lens will only be able to work as well as the camera allows. If you only bought one type of lens for your videography, the most versatile option is known as a walkaround lens.

A tripod and gimbal
These tools not only help you get a better shot, but they also allow you to be more creative. Some creative options that are doable with these tools include time-lapses and rotating shots. These are among the most common pieces of gear that videographers want earlier rather than later.

Extra batteries
Video is extremely demanding on batteries, which is why most videographers will tell you there’s no such thing as too many batteries. That said, it’s recommended to have at least two or three extra battery sets when you’re working on a project.

A microphone
Depending on what you’re shooting, you may need a microphone. For example, it’s common to include video with interviews, and you want to ensure that you can clearly hear what the interviewee says. There are two common ways to incorporate a microphone into your video shoot. The first is a microphone attachment for your camera, and the second is a personal microphone on the interviewee.

Now you know that there’s more than the camera when it comes to the essential gear for video production. It includes gear such as tripods, microphones, batteries, and even USB Type-C and HDMI cables.