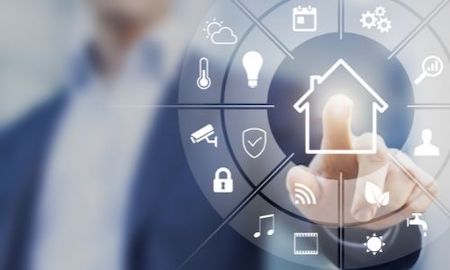 A home automation system looks fun on the outside, but none of it would be possible without these three major components. Here's a closer look!

Home automation breaks down into three main components: the brain, the extremities, and the nerves. Together, these working systems enable users to take control of various elements in their home and create user convenience. To optimize this process and entice usability, it's essential to understand how these areas work cohesively to create a unified system.

Let's look at the three major components of home automation a little closer and see how they can create a cohesion in your life!

The Brain
The brain is realistically the command center for a home's entire system. It enables communication among all the various devices connected to the network. When choosing a brain, also known as the smart hub, it's best to consider the number of devices it can withstand and learn about all its customization features. This includes things like settings, alerts, home energy management, and security features.

The Extremities
Smart devices, or the extremities, enable users to make on-demand decisions or changes and these actions sync to the system's brain. Some overlook the roles of smart devices due to the misconception that they are energy hogs, defeating the purpose of some of their benefits. But without a series of smart devices on hand, the brain of the operation would have little to no impact. A few ways the smart devices create functionality in the home include:

The Nerves
A critical communication factor behind the brain and extremities (devices) is the nerves of the operation. Without these communication tactics, the smart hub and the devices are not user-friendly. Many smart systems come with companion applications that will run the communication lines. Once you download the app and sync the associated links, the system's nerves can do their part and relay the necessary information.

Now that you have a more transparent outline of the three major components of home automation, hopefully, you can set your home up with the latest gadgets and tech. Think about all the ways your household can benefit from smart devices and on-demand features!