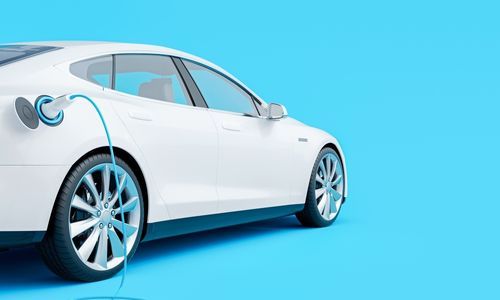 The tech industry is constantly evolving. Here are some ways the tech sector initiated sustainable infrastructure against the growing climate crisis.

Technology is always changing, and with that, tech companies must suit the demands of consumers. Still, the use of nonrenewable energy and finite resources has given the tech industry an unflattering reputation as one of the least sustainable in all economic sectors. However, there exists a growing demand and change within the tech industry for greener initiatives. Here are some of the four different way technology is going green today.

Waste-source fuel management has made constant strides in recent years. The push for combustible, renewable energy with lower carbon emissions is a primary goal for many tech companies. Specifically, there is a new push for biofuel and nuclear power. Biofuel refers to combustible biomass from paper, plant life, and woodchips to convert into ethanol. Given that natural oil preserves are gradually decreasing, the push for plant energy shows a cleaner initiative to convert waste into usable energy. Also, the push for nuclear energy has become a conversation too. While initial fears around nuclear energy were prevalent due to reactor meltdowns at Chernobyl and Three Mile Island, today, most scientists agree it is a safe, reliable energy source for the tech industry.

Renewable Power Consumption
Relatedly, there is still momentum for increasing wind, solar, and hydro power sources. The shift from nonrenewable to renewable energy is ever-growing as scientists across the globe fear impending devastation if humans fail to act on the present environmental crisis. Renewable energy sources thus present a safer, cleaner alternative to oil, gas, and coal. Renewable energy is especially pertinent to the tech sector as server farms require immense energy to process data 24 hours a day. For example, recent trends in bitcoin mining have opted for renewable energy as a sufficient alternative to reduce energy consumption and lower overall energy costs.

Electric Vehicles
Automotive manufacturers have also heard the call for cleaner products. Domestic and international auto companies have made a push, along with governmental oversight, to halt the current production of gas vehicles and replace them with electric counterparts. Some companies, like Ford and General Motors, have already started production on flagship vehicles like the Ford-150 Lighting and Hummer EV. Other companies have emerged to solely produce electric vehicles, like Rivian and Tesla, as a way to combat energy concerns.

E-Recycling Initiatives
The last of the four different ways technology is going green involves electric recycling. While this applies to both consumers and manufacturers, the focus on e-recycling in the tech industry is monumental. Many companies have proven to sufficiently recycle and repurpose plastics, heavy metals, cables, and other technologies or devices into new, modern advancements. Some have even proven effective in converting ocean plastics into bottles and other products.