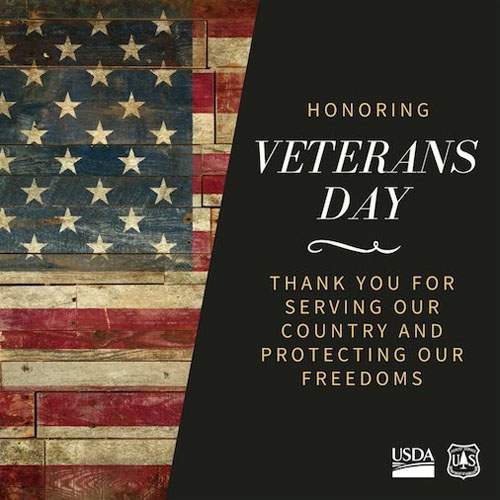 This image was provided courtesy of the United States Forest Service. What will you be doing today at 11:00 AM?

Some Americans will pause what they are doing to remain silent at that moment.

The retail clerk may ask you to wait for your purchase to be completed at their store. The business executive may ask you to hold on during a telephone call with her. The young man may stand with his hand across his heart.

These individuals will be taking the time to reflect on the service and sacrifices made by the men and women who have helped protect our nation.

Military service has been part of life for many in Grant County and New Mexico as it has been for countless Americans throughout the nation.

This report detailed that among all of the states and commonwealths, Alaska has the largest percentage of its population as military veterans – 12.2%; New York State has the smallest percentage at 4.7%.

The State of New Mexico indicated through this report that “Veterans are almost twice as likely to have a disability than nonveterans. As of 2016, 30.4 percent of veterans reported having a disability, either service-connected or not, compared to 17.5 percent of nonveterans.” 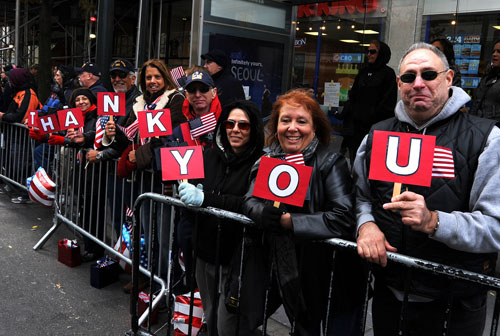 On November 11, 2011, the United States Navy reported that “Spectators say thank you to veterans during the 2011 New York City Veterans Day Parade…More than 400 Sailors participated in the event and an estimated 600,000 people lined the route.” (The photograph was produced by Mass Communication Specialist 2nd Class Jacob Sippel and was provided courtesy of the United States Navy.)

Veterans Day – celebrated today – is designed to honor all military veterans of the United States.

The United States Department of Veterans Affairs describes the purpose of Veterans Day as “A celebration to honor America's veterans for their patriotism, love of country, and willingness to serve and sacrifice for the common good.” 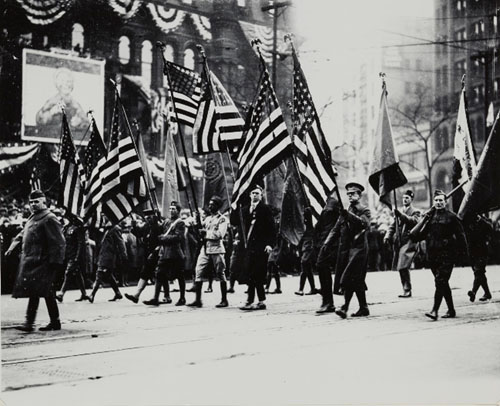 The Armistice Day Parade in Detroit, Michigan, celebrated the first Armistice Day on November 11, 1919. In a news article on the next day, The Detroit Free Press reported that “One-Hundred Thousand Witness Armistice Day March of Nine Divisions”. (This photograph was produced by The Detroit News and was provided courtesy of the Detroit Institute of Arts.)

To understand why Veterans Day is called “Veterans Day” and why it’s celebrated in November, you need to go back 100 years.

The Great War – what we now call “World War I” – had just ended.

The armistice ending this worldwide conflict took effect at the 11th hour on the 11th day of the 11th month of 1918.

During the following year, President Woodrow Wilson issued a proclamation to celebrate Armistice Day on November 11, 1919.

Part of the comments from the President on that date:

“To us in America the reflections of Armistice Day will be filled with solemn pride in the heroism of those who died in the country's service, and with gratitude for the victory, both because of the thing from which it has freed us and because of the opportunity it has given America to show her sympathy with peace and justice in the councils of nations.”

According to the United States Department of Veterans Affairs, “The original concept for the celebration was for a day observed with parades and public meetings and a brief suspension of business beginning at 11:00 AM.” 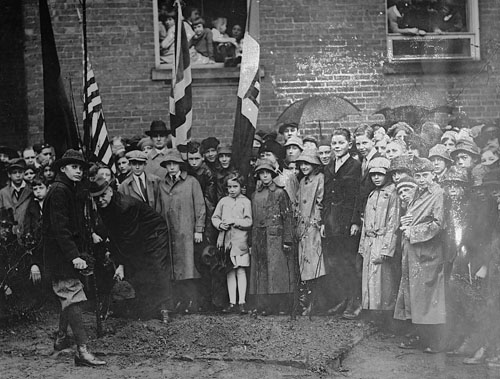 Children at the Force School in Washington, District of Columbia, are seen here as a tree is planted in remembrance on the first Armistice Day in 1919. (The photograph was provided courtesy of the Library of Congress.)

On that first Armistice Day, newspapers throughout the United States included advertisements from businesses that were closed to honor the service and sacrifices of so many.

Ads in the Albuquerque Journal indicated that Ward’s Store and Crescent Grocery were closed all day for Armistice Day. In the San Bernardino Daily Sun, a front page advertisement stated that both Harris Stores in California were closed all day. The Great Falls Daily Tribune included an ad from Sandahl Grocery in Montana that the store was closed all day. Hammersmiths, Sakowitz Brothers, and Bering-Cortes Hardware each had advertisements in The Houston Post noting that they were closed for Armistice Day. The Wilmington Morning News in Delaware included an ad from the R. L. Foord Furniture Company stating that the business would be closed on Armistice Day.

In Independence, Kansas, an advertisement on November 11, 1919, in The Evening Star stated that all banks in the city – four banks in total – would be closed for Armistice Day.

In 1926, the United States Congress passed a resolution asking the President “to issue a proclamation calling upon the officials to display the flag of the United States on all Government buildings on November 11 and inviting the people of the United States to observe the day in schools and churches, or other suitable places, with appropriate ceremonies of friendly relations with all other peoples.”

Armistice Day was formally made a Federal legal holiday in 1938.

With the service and sacrifices of so many during World War II and the Korean War, the name of the holiday was changed to “Veterans Day” in 1954. “November 11th became a day to honor American veterans of all wars,” according to the United States Department of Veterans Affairs.

According to the United States Army Center of Military History, all of the states – except for Mississippi and South Dakota – agreed to observe Veterans Day on that October date.

The change, though, met with opposition by many.

According to a news article dated November 11, 1972, in the Albuquerque Journal, “Veterans of Silver City were vehement about holding their [Veterans Day] observance on November 11th.” The newspaper noted that three other cities in New Mexico were also observing the holiday on its traditional date that year.

Veterans in Grant County and New Mexico were not the only ones opposed to the idea of moving Veterans Day from its traditional date of historical significance to be part of a three-day weekend that would help potentially increase retail sales and travel, among other benefits.

In 1972, Louisiana and Wisconsin changed their observances of Veterans Day back to November 11th, according to the United States Army Center of Military History. Other states, according to the Center, followed suit: In 1974, Arkansas, Connecticut, Georgia, Kentucky, Maine, South Carolina, and West Virginia moved the holiday back to November 11th, while in 1975, California, Florida, Idaho, Illinois, Iowa, Kansas, Missouri, Montana, Nebraska, New Hampshire, Oklahoma, Oregon…Utah, West Virginia, and Wyoming changed their observances from the fourth Monday of October to November 11th.

In 1975, the Federal government agreed to change Veterans Day back to its traditional date of November 11th starting in 1978.

Today is the 100th anniversary of this holiday.

What will you be doing at the 11th hour on the 11th day of the 11th month of this year? 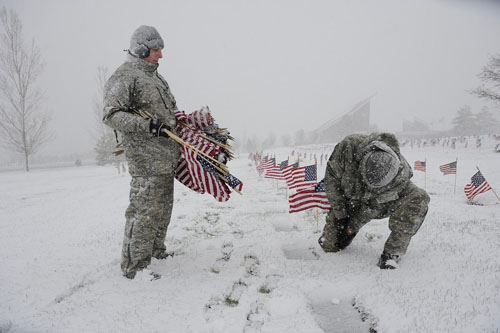