The Chronicles of Grant County
16 September 2020 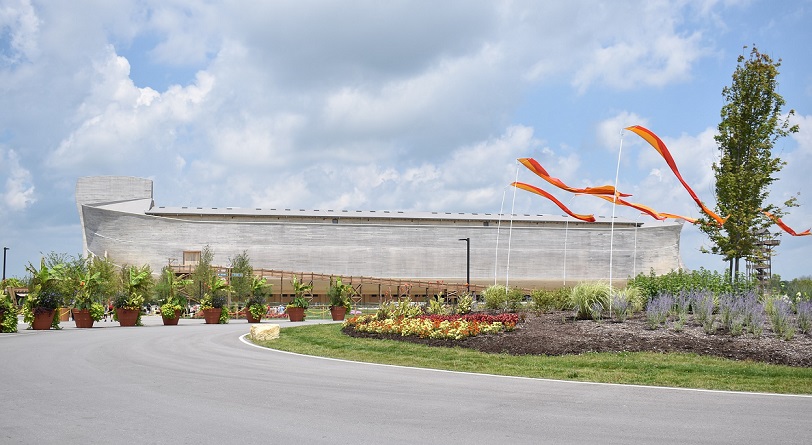 Ark Encounter, a re-creation of Noah's Ark, is located in Grant County, Kentucky. (The photograph was provided courtesy of OlinEJ through Pixabay, July of 2016.)

Kentucky Street in Silver City gets its name from the Commonwealth of Kentucky.

That commonwealth has its own "Grant County," located in northern Kentucky one county away from the border with Indiana. Geographically, this Grant County is located between Cincinnati, Louisville, and Lexington.

Kentucky's Grant County was named after two brothers with the surname of "Grant" who moved from North Carolina to Kentucky in 1779, according to a statement from this specific county; Grant County, Kentucky, was established in 1820.

Grant County – the one in Kentucky – is home to Ark Encounter. "Ark Encounter features a full-size Noah's Ark, built according to the dimensions given in the Bible," stated Answers in Genesis, the owner of this facility. "Spanning 510 feet long, 85 feet wide, and 51 feet high, this modern engineering marvel amazes visitors young and old."

According to its website, "Answers in Genesis is an apologetics ministry, dedicated to helping Christians defend their faith and proclaim the gospel of Jesus Christ."

Beyond the replica of Noah's Ark, the Commonwealth is also known for a number of other things – the cultivation of tobacco and the annual Kentucky Derby are two examples. One thing that many people may not know about Kentucky is its role in the production of hemp.

"'Hemp'" is another name for the Cannabis sativa plant and its products," stated the National Institute on Drug Abuse. "This same species of plant is also called marijuana…Varieties grown to make hemp rope and other products you see on the shelves (including the varieties [President Thomas] Jefferson and others grew during the 1700s) have a whole lot less of the chemical that makes marijuana users feel high. Those varieties are sometimes called 'industrial hemp.' Varieties grown for use as a drug have been specifically bred to have lots of THC, or delta-9-tetrahydrocannabinol, which is the chemical that makes users feel high."

The history of hemp cultivation in the Commonwealth goes back about 245 years.

"Kentucky's first hemp crop was grown in 1775, and Kentucky went on to become the nation's leading hemp-producing state in the mid-19th century with peak production of 40,000 tons in 1850," according to the Kentucky Department of Agriculture. "United States hemp production declined after the Civil War, and almost all of the nation's hemp was grown in the Bluegrass region of Kentucky. Federal legislation passed in 1938 outlawed production of cannabis, including hemp, in the United States. Hemp production in Kentucky and the United States ramped up during World War II [when the Federal government suspended restraints on cultivation] as part of the war effort but fell again after the war and ended with the demise of a small hemp fiber industry in Wisconsin in 1958."

With the approval of the Comprehensive Drug Abuse Prevention and Control Act of 1970 by the United States Congress, cannabis – including hemp – was placed in the same category of drugs as heroin and LSD.

The situation changed a couple years ago when the United States Congress legalized the cultivation of hemp through its passage of the Agriculture Improvement Act of 2018; colloquially, the bill is known as the "2018 Farm Bill." President Donald Trump signed the bill into law on December 20, 2018. 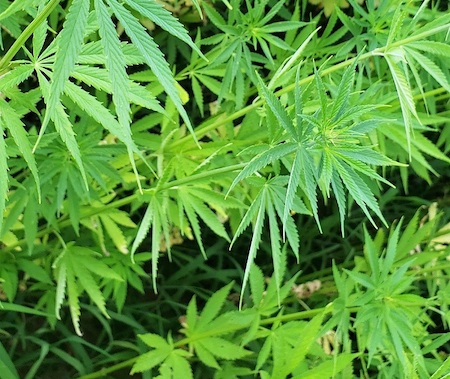 Hemp is grown in Louisville, Kentucky. (The photograph was produced by Michelle BankTice and provided courtesy of the United States Department of Agriculture through Flickr, 2019.)