The Chronicles of Grant County
15 February 2021

The flags of New Mexico and the United States of America. (The photo was provided by John H. Gámez, April 16, 2014.)

Today is the Presidents Day Holiday.

Well, it's also not the President's Day Holiday.

How can be both statements be correct?

Chalk it up to our Federal system of government.

Welcome to the State of New Mexico.

Officially, the New Mexico State Personnel Board issued a memorandum on January 8, 2021, that listed the paid holidays for state employees. In this memo, President's Day is November 26, 2021 – the day after Thanksgiving.

In minutes of the meeting of this state agency on December 6, 2019, the reason for the scheduling of this holiday in November rather than in February "…reduces the [employment] vacancy rate dramatically."

The State of New Mexico, though, does officially use "President's Day" as the name of the holiday. The correct spelling, at least for the state holiday in New Mexico, is with the wording "President's."

When the holiday was first officially celebrated, the holiday took place on the anniversary of the birthday of President Washington – February 22nd. It was in 1971 that the U S Congress placed this holiday on the third Monday of February. Part of the concept was to create a system of three-day holidays – Saturday, Sunday, and Monday. The law passed by the U S Congress in 1968 – the Uniform Monday Holiday Act – moved Washington's Birthday, Memorial Day, Labor Day, Columbus Day, and Veterans Day – to specific Mondays in February, May, September, October, and October, respectively, beginning in 1971. (Yes, Veterans Day was moved from November to October; this holiday was later returned to November 11th – regardless of the day of the week – to recognize the end of the Great War – World War I – at the 11th minute at the 11th hour on the 11th day of the 11th month.)

The State of New Mexico formerly had separate holidays on February 12th (to honor President Lincoln) and on February 22nd (to honor President Washington). In 1987, the New Mexico State Legislature combined these two holidays into one beginning in 1988. According to news sources, while the holidays officially were proclaimed to occur in February, the actual observances of the holidays were routinely postponed until the day after Thanksgiving in November as well as an extra day off for Christmas in December.

In New Mexico, the President's Day Holiday won't be actually celebrated until the day after Thanksgiving. 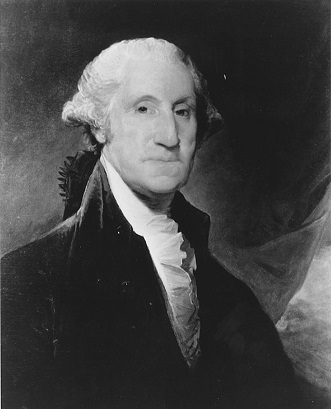 The birthday of George Washington is celebrated by the Federal government today. (This image – a copy of painting by Gilbert Stuart, 1931 – 1932, RG 148, Records of Commissions of the Legislative Branch, George Washington Bicentennial Commission – was provided courtesy of The United States National Archives and Records Administration.)