The Chronicles of Grant County
01 April 2021 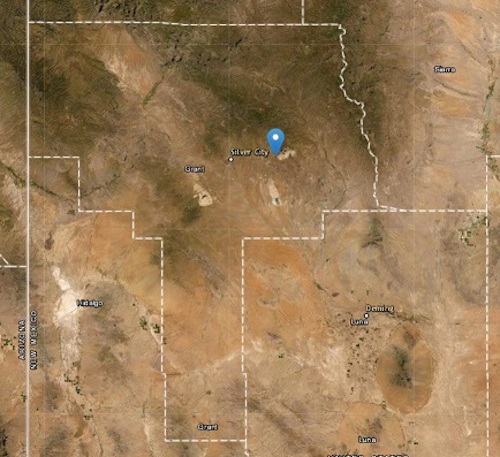 The marker indicates the location of the new community of San Jose to be the home (perhaps temporarily) of 55,000 of the more than 94,000 new residents in Grant County. (This map was provided courtesy of the United States Geological Survey.)

Joseph Biden – as a candidate for President – made a number of promises when he ran for office in 2020. Now, as President, Mr. Biden is in the process of implementing those promises into actions.

Two of his key policies – immigration reform and planning for climate change – are being blended together. Just last week, the first signs of the implementation were announced publicly when the President appointed Vice President Kamala Harris to supervise border operations.

What was not reported at that time was that part of the planned solution to the border crisis will involve moving more than 94,000 new residents into Grant County. This influx will quadruple the current population of the County, estimated to be less than 30,000 people.

"We anticipate there may be modest opposition to our actions," stated a well-placed official in the Biden Administration at The White House. "But we believe that the people of Grant County will understand that the small sacrifices being asked of the local community will be acceptable."

Where are these new residents expected to reside?

Most will be moved into – literally, into – San Jose, Grant County.

The White House official confirmed, on deep background, that officials read with great interest a previous edition of The Chronicles Of Grant County regarding the Ground Hog Mine.

"We found that previous administrations had formal plans – already approved – to transport more than 94,000 people into Grant County, including moving 55,000 people into the Ground Hog Mine," noted The White House official. "The fact that we are simply tweaking a pre-existing plan – one approved by Republicans in previous administrations – will minimize any political opposition."

"We told the American people that we were going to change the energy policies of our country to help mitigate climate change," The White House official continued. "We also told the American people that we would not tolerate a crisis on the border. The fact that we will be re-purposing a former mine – not currently in operation – means no job losses in the energy sector. It also helps that, geographically, Grant County is not on the border with Mexico."

Maps show that Grant County is the closest county in the United States to Mexico without an actual border with that country. It appears that the Biden Administration is using that geography as a fig leaf to honor their word that there is to be no crisis on the border. Literally, on the border.

It should also be noted that oil and natural gas were never produced at the Ground Hog Mine. According to the United States Geological Survey, most mining at these claims focused on copper, lead, silver, and zinc.

"When we examined the map detailing the Ground Hog Mine, we noticed that there was a 'San Jose' mine located at the site," explained the official with the Biden Administration. "We determined that telling people that they were being moved into Ground Hog Mine might create some concerns, but telling the new Americans that they were being moved to San Jose in the United States would likely calm any negative perceptions."

What will happen when the 'new Americans' arrive in Grant County and find that their new – albeit, perhaps temporary – homes are in the Ground Hog Mine?

According to The White House, it anticipates that local officials in Grant County will honor their commitments made in the 1980s and years previous to welcome 94,198 people from El Paso.

"Whether the people moving to Grant County would be coming from El Paso, as in the original plan, or coming from Central America, as with our plan, is just a matter of semantics," stated the official in The White House. "We would be greatly disappointed if New Mexico leaders publicly opposed welcoming new Americans arriving via Old Mexico."

Previous reports indicated that the plan by the Federal Emergency Management Agency (FEMA) "shows potential shelter for 94,198 persons" in Grant County. Of that number, "55,000 persons would theoretically fit into the abandoned Groundhog mine."

When asked where in Grant County the Biden Administration planned to resettle the other 39,198 people, The White House official shrugged. "There are a number of properties already owned by the Federal government in Grant County," noted the official as they pointed to a map with blue pins in such locales as the Gila Wilderness. When asked specifically if the Biden Administration planned to open the Gila Wilderness to settlement, The White House official declined to answer directly. "There are a number of options we are exploring. We value the environment and treasure the wilderness area. Of course, President Biden and Vice President Harris have made it clear that all options are being considered to help enhance our immigration policies."

"The United States of America is a welcoming nation," continued the official in The White House. "We anticipate that people in Grant County will welcome their new neighbors with open arms."

To read more about the efforts of President Biden and Vice President Harris, please click here. 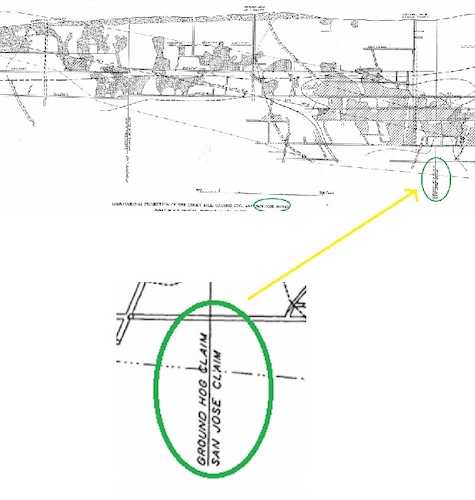 This image details aspects of the Ground Hog, Lucky Bill, and San Jose Mines in Grant County. The Biden Administration intends to implement a previous plan to transport more than 94,000 people to Grant County, including moving 55,000 people into the Ground Hog Mine as part of its efforts to combat climate change and reform immigration policies in the United States. The White House has decided to minimize the name "Ground Hog Mine" and instead use "San Jose" as the name for this community of new Americans. (This image was provided courtesy of the United States Geological Survey, April 1, 1933.)