The Chronicles of Grant County
07 April 2021 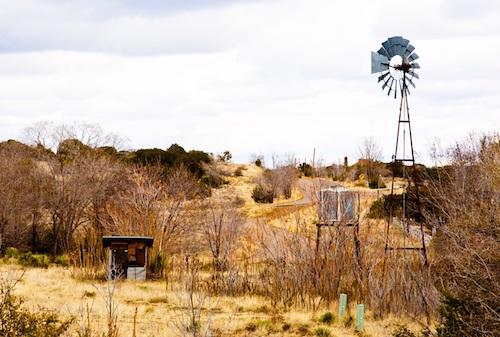 Arenas Valley has also been known as "Whiskey Creek." (The photograph was provided courtesy of Steve Douglas, March 1, 2010.)

Arenas Valley is named after the Rio de Arenas – the "River of Sands." This local stream is also known as "Whiskey Creek." According to a news article dated March 22, 1912, in the El Paso Herald, the stream was originally named the "Rio de Arenas" by "...Spanish and Mexican settlers because of a large body of sand north of where the old Santa Fe road crossed the valley." That valley then became known as "Arenas Valley."

This news article indicated that the name of the stream was changed to "Whiskey Creek" when the "...first maps of Grant County..." were prepared. The name "Whiskey Creek" came from a series of incidents when settlers traveling through the area were robbed and other settlers subsequently killed a number of Apaches. "...Miners and others speaking of the affair spoke of it as having occurred on 'Whiskey Creek' using that term to indicate that the Indians engaged in the fight were drunk..."

In a news article dated March 21, 1912, The Albuquerque Morning Journal reported that local residents were petitioning the New Mexico state legislature to change the name of Whiskey Creek back to "Rio de Arenas" and to formally name the local area as "Arenas Valley." Among the reasons cited by the petitioners: "This stream takes its rise in the mountains north of Pinos Altos and the name is supposed to have been given to it at that place, in jest, many years ago because of some incident of no sort of interest to your petitioners."

Also noted in the petition was that "The name Whiskey creek is a reproach and offense to us. There is no whiskey in the valley through which the stream runs. We, as sober, industrious home-builders feel that our efforts are discounted and our property values are cheapened by this objectionable name."

A news article dated June 28, 1912, in The Santa Fe New Mexican reported that the New Mexico state legislature passed and the Governor signed an act "…changing the name of Whiskey creek to Rio de Arenas, and the region contiguous thereto as Arenas valley…"

Evidently, not everyone agreed with the change in names. Two years after the State of New Mexico acted, a news article in the Santa Fe New Mexican noted that the Attorney General of New Mexico had received a letter from another attorney objecting to the opinion of the Attorney General that there was no "...constitutional objection to an act changed the name of a water course in Grant County from Whiskey Creek to 'Rio de Arenas' (Sand River)." The attorney with the opposing viewpoint was quoted in this news article dated May 18, 1914, that "In view of the prohibition movement a name like Whiskey Creek should prove most valuable."

The United States Geological Survey (USGS) officially named the stream as "Rio de Arenas" in 1915 and then again in 1992. The USGS also entered the name "Whiskey Creek" for the same stream in 1980.

In 1939, the Las Cruces Sun-News indicated that after prohibition, the name "Whiskey Creek" was back in use as the name of the stream and local town. A news article dated December 6, 1939, had as its headline "Whiskey Creek Has New Town; Wants New Name." 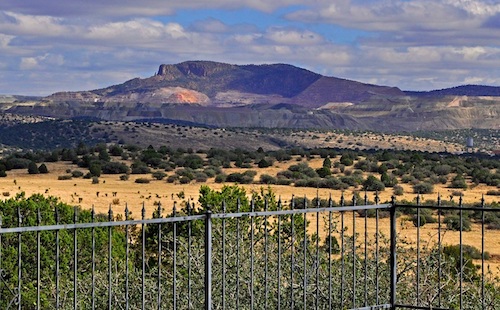 A view from a home in Arenas Valley. (The photograph was provided courtesy of Steve Douglas, November 6, 2011.)