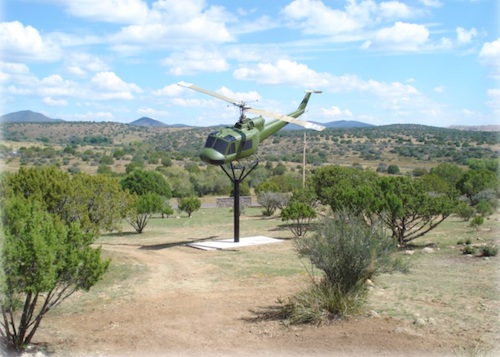 The Bataan Memorial Park is located at 33 Fort Bayard Road, to the northwest of Santa Clara. (Photograph was provided courtesy of Grant County.)

This week, Grant County announced that the Bataan Memorial Park would temporarily be closed as renovations were underway. Among the construction projects will be accessibility upgrades for people with disabilities as well as improvements to the drainage at the park. "This project will require the closure of the grounds, facilities, and parking lot to ensure the safety of both the public and the construction crews involved in the project," according to the statement from the County. "The closure is expected to last 90 -120 days."

You can view plans for improvements at the Bataan Memorial Park below.

This park was named in honor of the people of the United States of America and the Philippines who survived and who died during the Bataan Death March and the subsequent imprisonment by the personnel of the Empire of Japan. New Mexicans, among others, were brutalized, tortured, and murdered by members of the Japanese military. Others died from lack of food and disease. Many who survived bore scars – both physical and otherwise – from three years of captivity.

A number residents of Grant County were among the New Mexicans serving at and near Bataan. All suffered from the depravities of the Bataan Death March. Some died, some lived.

The Bataan Memorial Park was officially dedicated by Grant County on June 12, 1999. Plans for the park appear to have begun in 1989, with construction starting in about 1994, according to Grant County records.

"The facilities currently at the park are three softball/baseball fields, a concession stand, bathrooms, volleyball courts, basketball courts, a playground, a pavilion, the Forgotten Veterans Memorial, [and] the Bataan Memorial Monument," stated Priscilla Shoup, Planning and Community Development Director of Grant County. She noted that improvements will be underway this year at the Bataan Memorial Monument area. Walking trails are found throughout the park.

A recent news article in The Grant County Beat detailed improvements planned for the park, including additional ways planned to recognize the sacrifices of those who endured and those who succumbed to the Bataan Death March and the subsequent actions of the Empire of Japan.

Specific information on what occurred to residents of Grant County serving our country during this time period is included in the news article. One statement, in particular, made at a recent meeting of the Grant County Commission is instructive of what happened to Americans and Filipinos during the Bataan Death March. Quoting from that news article: "Don Turner, who has been a strong advocate for the Bataan Death March Memorial at Bataan Memorial Park…[stated that] 'Each group was followed by a 'Buzzard Squad,' so if a marcher fell out of the group, the squad would shoot them, bayonet them or let a tank run over them, turning them into a pile of blood, guts and bones…"

You can read this news article by clicking here. 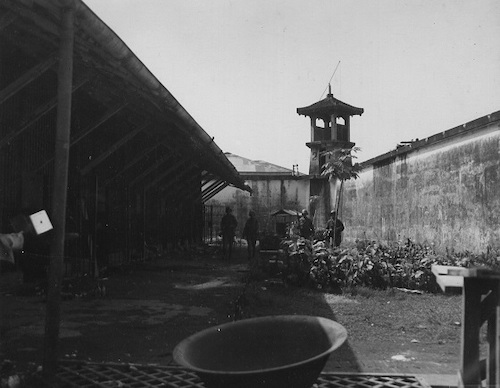 "The cell blocks in Bilibid Prison, Manila, which housed our military prisoners from Bataan and [Corregidor]," reads the caption for this photograph from The U S National Archives and Records Administration. "The prison, built in the 15th Century by the Spanish, was condemned 30 years ago by the U S Government. Despite this, our men were kept here." (The photograph was provided courtesy of the U S Air Force, September 26, 1947.)