The Chronicles of Grant County
25 August 2021 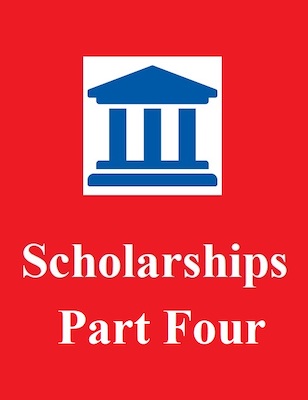 "The Vice President is the only authorized nominating authority who can nominate U S citizens without geographical restrictions," the statement from The White House continued. "He or she may have a maximum number of five nominees in attendance at each authorized academy at any one time. Normally, he or she has one or two vacancies each year."

There are a number of requirements to be admitted to one of these military service academies; the process for admissions can be lengthy. Among those requirements are that a student be a citizen of the United States, have good moral character, be unmarried with no dependents, not be pregnant, and be at least 17 years of age but not older than 23 years of age (25 years of age for U S Merchant Marine Academy) by July 1 of the anticipated first year in the selected academy. A variety of academic achievements are expected to be considered for admission. Physical agility and preparedness are necessary for being admitted to each of the military service academies.

"The mission of the U S service academies is to provide instruction and experience to all cadets so that they graduate with the knowledge and character essential to leadership and the motivation to become career officers in the U S military," according to a statement from the Federal government. "It takes a well-rounded program of leadership, academic, and athletic preparation to be one of the few who can meet the service academies' high admission standards and the fierce competition for appointment. Carefully consider the characteristics of dedication, desire to serve others, ability to accept discipline, sense of duty, and morality, and the enjoyment of challenge in deciding if you want to pursue an Academy education."

Martin Heinrich, one of the two U S Senators that represent the people of New Mexico, stated that "Graduates of the U S Military Academy, the U S Naval Academy, the U S Air Force Academy, the Merchant Marine Academy, and the Coast Guard Academy receive commissions in the Army, Navy, Marines, Air Force, Merchant Marine, or Coast Guard, and are obligated to serve for at least five years after graduation." For further details, you can review information from the office of Senator Heinrich by clicking here.

Congresswoman Yvette Herrell, the member of the U S House of Representatives that serves the people of the Second Congressional District of New Mexico – including Grant County – stated that "As your member of Congress, I may nominate up to ten individuals for each vacant academy slot allotted to our district." For further information, you can review details from the office of Congresswoman Herrell by clicking here.

In addition, U S Senator Ben Ray Luján is able to nominate individuals for potential admittance to the military service academies. You can review information from the office of Senator Luján by clicking here.