The Chronicles of Grant County
15 September 2021 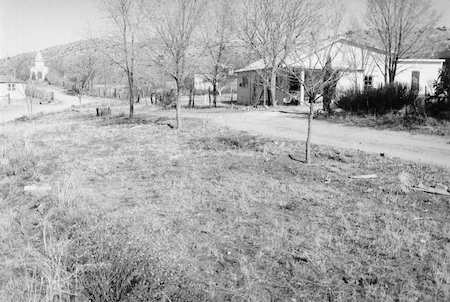 The San Lorenzo Roman Catholic Mission Church is seen to the left in this photograph. (The photo was provided courtesy of the New Mexico Historic Preservation Division and The U S National Archives and Records Administration, 1984.)

San Lorenzo in Grant County was named after Saint Lawrence. ("San Lorenzo" is "Saint Lawrence" in the Spanish language.) In a previous edition of The Chronicles Of Grant County, the history of the town was detailed. In this edition, the story of Saint Lawrence – the man – is recalled so that local folks may also know that aspect of history.

Few people might think of saints as comedians, yet Lawrence showed humor in the face of horror.

Lawrence was the Archdeacon of Rome, one of the seven deacons that served Pope Sixtus II, the Bishop of Rome. At the time, in Year 258, Christians were targeted for extermination by the Roman Empire through an edict issued by Emperor Valerian. The Pope and several other deacons were murdered by the government for their faith in God – the Pope and the deacons were beheaded – and became martyrs.

One deacon was spared – for a short time – so that the Emperor could get his hands on the wealth of the Church.

"Archdeacon Lawrence had the duty of using church funds to care for the poor and needy," according to a statement from Saint Lawrence Orthodox Christian Church of Felton, California. "He was commanded by the Roman Emperor Valerian to turn over the treasures of the church in which he served. At the appointed time, Lawrence appeared in court along with a crowd of the poor, diseased, and unwanted of Rome. The furious emperor demanded, 'I told you to bring me your treasures! What is this rabble doing here?'"

"Lawrence coolly replied, 'Your honor, these are the treasures of the Christian Church.'"

"For his audacity, Archdeacon Lawrence was sentenced to a particularly cruel death. He was trussed up like a chicken and roasted on a gridiron over a slow fire. But even in his torment he gave thanks to God, and mocked the emperor for his paganism and unbelief. After he had roasted for some time he remarked to his torturers, 'Better turn him over now; he's done on this side.'"

The church in California explained that Saint Lawrence was a special man "…because he embodies the ideals of care for the poor and of cheerful faith in the face of suffering."

According to the Vatican News, Saint Lawrence is "…the patron of deacons, chefs, and firefighters."

As detailed in a previous edition of The Chronicles Of Grant County, three other saints are recognized in San Lorenzo in Grant County: The names of the local streets include San Francisco (Saint Francis) Street, San Jose (Saint Joseph) Street, and San Ysidro (Saint Isidore) Street. 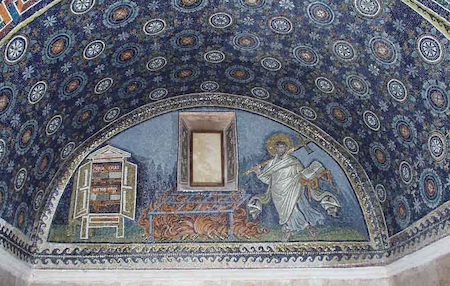