The Chronicles of Grant County
15 November 2021 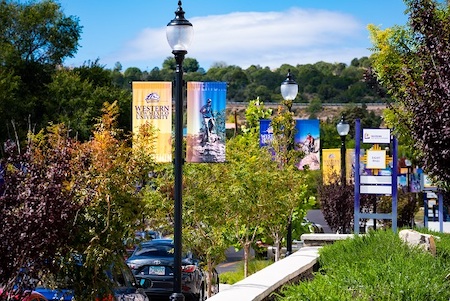 Western New Mexico University (WNMU) is one of those governmental entities locally that appear to have unclaimed monies owed to them. These funds are being held by the New Mexico Taxation and Revenue Department.

In addition, there are nine payments reported from one specific entity as due to "Western New Mexico," but that entity could be one different from WNMU. One of these nine items listed an address that is different from what appears to be the location of WNMU.

"Western New Mexico University is diligent about following up on outstanding payments," stated Amanda Stern, Director of Fiscal Affairs at Western New Mexico University. "Evident by the minimal number of possibly unclaimed funds, WNMU strives to ensure our books are updated and accurate. Along the same lines, we in the WNMU Division of Business Affairs are also careful to communicate with our students, staff and community partners when they should expect refunds or payments and ultimately to transfer any unclaimed money to the state or the federal government."

"Sites like this one you referenced are useful for personal use," Ms. Stern continued. "However, WNMU, as a government entity with a history of good stewardship of public funds, works to ensure it collects funding that belongs to the university and our community as a whole. The instances of monies listed on this site as unclaimed by WNMU appear to be mostly cases of vendors having the university's account information incorrect. Being aware of these possible imbursements, the WNMU Division of Business Affairs is looking into each individually."

Information about unclaimed funds potentially due to other governmental entities in Grant County will be detailed in future editions of The Chronicles Of Grant County.