The Chronicles of Grant County
16 November 2021 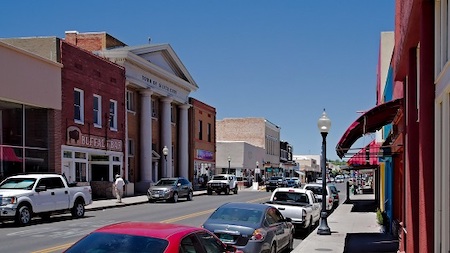 The Town Hall of Silver City is located in the downtown of the Grant County seat. (The photograph was provided courtesy of A J Brittain, May 16, 2018.)

Grant County is another local governmental entity that was interested in the findings from this research. "We will be submitting claims to collect these funds," stated Linda Vasquez, Fiscal Service Director for Grant County. "Thank you for pointing this out."

General American Life Insurance reported that it owed less than $100 to "General Hospital Hillcrest." The Medical Center reported its predecessor institution was known as "Hillcrest General Hospital" from 1959 to 1983.

Information about unclaimed funds potentially due to other governmental entities in Grant County will be detailed in future editions of The Chronicles Of Grant County.