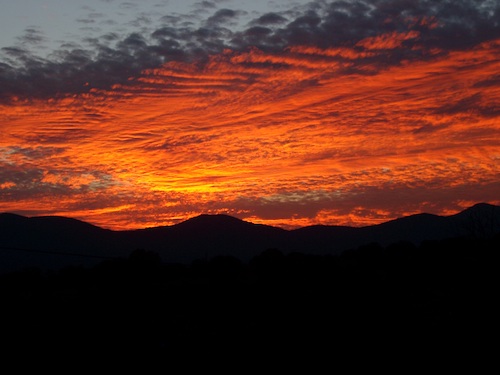 "Unidentified aerial phenomena" is the term used by the U S Department of Defense for what Americans usually call "Unidentified Flying Objects" or "UFOs."

The report indicated there was a total of "…510 UAP reports as of 30 August 2022. Additional information is provided in the classified version of this report."

The Chronicles Of Grant County does not have access to the classified report, so this news column is unable to state if the Federal government is aware of alien life from locales beyond the Earth or of a UAP (or more) having been seen in New Mexico in 2022.

The National UFO Reporting Center, a private entity unrelated to the Federal government, publishes a database of reports from people who have reported seeing unidentified flying objects.

This database of self-reported sightings includes a number of reports of UFOs seen in the skies above Grant County in recent years.

Please note that the reports listed here were lightly edited for spelling and punctuation for publication. In some cases, the National UFO Reporting Center indicated in notes that the sightings were actually of or possibly of specific military activities or scientific events.

On February 6, 2018, there was a report of a UFO in the skies over Cliff. The incident lasted five minutes. According to this report, it involved a "massive illuminated bubble."

"I live on a hilltop - 5 acres, in an extremely rural area with a full unobstructed view of the sky," the individual making the report explained. "I am a serious, sober [age redacted] man who loves staring into the night sky. This area has some of the clearest skies anywhere."

"Last night while sitting outside, I happened to look towards the southern sky over the Burro Mountains and noticed a strange 'bubble' of light that quickly grew into a massive translucent bubble through which I could see stars," this report continued. "This 'bubble' was emitted by a slow moving, unblinking, noiseless craft that appeared as a point of bright white light, and was dwarfed by the 'bubble.' (More precisely, it was shaped more like a light bulb)."

He continued by stating that "This 'bubble' was softly illuminated but not by its source nor by the moon, which was absent. It was a crystal clear, cloudless sky and there is no light pollution here. The 'bubble' could easily fit a dozen full moons within it. The craft eventually disappeared from my view and the 'bubble' slowly dissipated. The way it was illuminated reminded me of bio-luminescence as there was no external lighting source other than the stars. It was not dissimilar to the big bubble from the Wizard Of Oz."

There was a note on this report from the National UFO Reporting Center: "Space X booster venting fuel?? PD."

A person reported that they saw a UFO at Fort Bayard on December 3, 2005. For three seconds, the individual stated that "I was at work around 3 AM and it was hot in the unit so I went out for a moment and I [saw] this calm morning with snow [everywhere], no wind, no animals around and then I look up and there it was - this big star. I look at it and a tunnel of light came to me from that, went back to the UFO, and went small and then went north of Fort Bayard." The report indicated that this incident lasted three seconds.

Additional reports of UFO sightings in the skies over Gila, Silver City, and other communities in Grant County will be detailed in the next editions of The Chronicles Of Grant County.