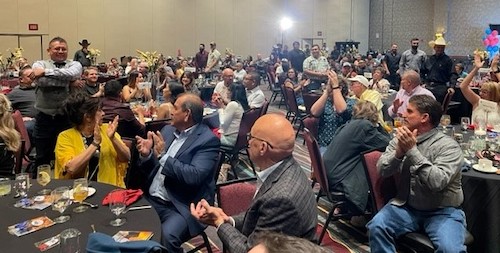 I attended the New Mexico Associated Builders and Contractors Apprenticeship Graduation Banquet on June tenth. Looking at the filled banquet hall that evening made me realize how far NMABC Apprenticeship programs have come since 1985 when just a handful of people were committed to apprenticeship training.

Prior to the 1980s, the only building trade apprenticeship programs offered In New Mexico were by Big Labor Unions (BLU) which were funded by each of their members. By early 1980 a group of Albuquerque Contractors decided that they want a well-trained workforce independent of BLU. Those contractors, under the banner of NMABC and the Northern New Mexico Independent Electrical Contractors (NMIEC) started merit shop apprenticeship programs.

We soon discovered the BLU-controlled NMAC was not going to certify the program and agreement without a fight. Over the next year they used a number of measures to stop our efforts. They reject the apprenticeship program and trust agreement multiple times, at times tabled all new business, and even rewrote new standards for new apprenticeship programs. We then re-wrote our program and agreement to meet the new standards, then a new round of rejections. They hoped we would go away.

The NMAC BLU leaders underestimated our resolve and they assumed only NMAC could certify the carpenter apprenticeship program. We had been in discussions with Ruben Dominguez, Division Leader of the Federal Department of Labor Apprenticeship Training during that year. He had been monitoring the NMAC actions and had reviewed our program and trust agreement. He informed us, to apply one more time and if the NMAC rejected the application, the DOL would certify the program and trust. NMAC rejected our application and the DOL certified the apprenticeship program and trust. We began training. 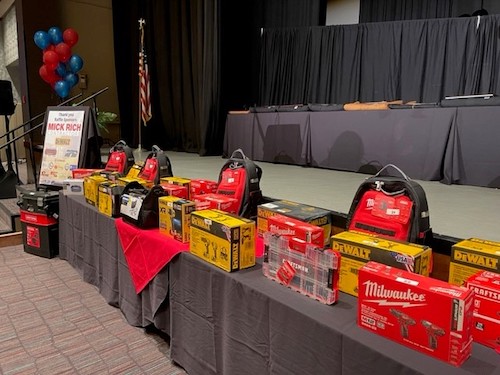 NMABC members continue to be committed to; apprenticeship training, preparing the next generation of construction leaders and providing a hand-up to those that are ready to soar.  Jack Miller (a friend and a recognized National Construction Leader) would say, "The only worse thing than training someone and they leave is you don't train them, and they stay". That is why our commitment to apprenticeship training has never wavered since 1985.

Only in New Mexico

While NMABC members financially support technical education AKA apprenticeship programs. Former House Speaker and Albuquerque Public School Coordinator of Career and Technical Education Sheryl Williams Stapleton was charged in Federal Court with stealing millions that should have gone to APS Students. Meanwhile, George Soros's DA Torrez is too busy figuring out how to prosecute all the speed camera violators to charge fellow democrat Sheryl Williams Stapleton.

Only in Washington
I was not surprised that Joe Biden fell off his Bicycle. I was surprised the Secret Service allowed him to get on a bicycle. It seems the Secret Service and the FBI will go to any lengths to protect the President from embarrassing situations. Such as dispatching SWAT Teams to retrieve Ashley Biden's lost diary from journalists. I have to agree, it is embarrassing.