They don’t agree? Act on your beliefs! 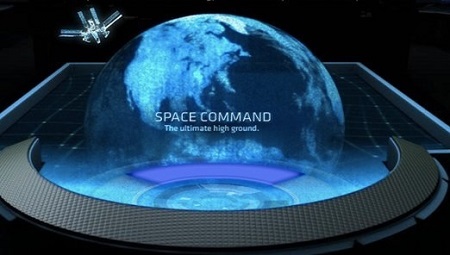 What do you do when your team, your staff, your employees, your chosen loyal subordinates won't listen? What do you do when you sound them out with an idea and all the experts on the topic disagree with your idea and, in fact, worry it'll start a race with adversaries for superiority – at a cost and risk that those same experts are uniquely able to judge? You? Are you an expert? Let's say that's unlikely.

It's a vicious circle.

Sometimes a believer gets the believer's belief from someone else's beliefs. Russia has a space force. It's easy to want one too if you're a believer type.

The Russian Space Force is a stand-alone agency of the Russian Government that handles all space borne missions and capability and on-orbit activity. For over 5 decades, international treaties fostered by Kennedy-Johnson-Nixon-Ford-Carter-Reagan-Bush-Clinton-Bush-Obama through the United Nations Office for Outer Space Affairs (UNOOSA) have worked hard to ensure that the use of space was peaceful. Were there space weapons? Possibly, but everyone worked hard to prevent that escalation or potential. Do intercontinental ballistic missiles enter space and discharge their payloads (which rain down without rockets and are mostly undetectable)? You bet. That's bad enough. But what would be far worse is a platform in space that carries packages of H-bombs that could, simply, be released on command to hit targets on the surface (gravity pulls them down in a predictable way). So, before now, the USSR, then Russia, and the USA and even China have signed on to non-proliferation of weapons in space with the UNOOSA.

In creating an "equal but separate" branch of the military, a new US space force has been conjured up by the believer's newest edict – against the assessment and warnings of non-believers in the Pentagon. So, our self-proclaimed believer in chief has created exactly the weapon – a space race for supremacy on the high ground in space orbit: "...it is not enough to merely have an American presence in space. We must have American dominance in space....Very importantly, I'm hereby directing the Department of Defense and Pentagon to immediately begin the process necessary to establish a space force as the sixth branch of the armed forces. ... We are going to have the Air Force, and we are going to have the Space Force, separate but equal."

"That's a big statement!" The bigger the new beliefs, the bigger it is believed. By one believer, at least.