Tyrone, New Mexico Dad is One of Three National Winners 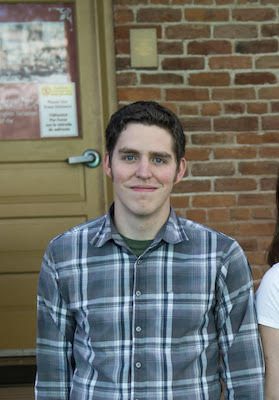 TYRONE, New Mexico, Oct. 8 – Job-Applications.com today announced the winners of the most recent round of the company’s national Working Parent Scholarship, which recognizes the efforts of students across the country who balance the difficult tasks of parenthood, working and excelling in school.  One of the three winners is a father from Tyrone, New Mexico.

Koebel, 28, of Tyrone, New Mexico, has two children: a three-year-old girl and a 1 1/2-year-old boy. Koebel is a junior at the Spurgeon College at Midwestern Baptist Theological Seminary where he is seeking a B.A. in biblical studies. “I am very grateful to have won the scholarship. It has been a comfort and a confirmation that I made the right choice in continuing my education,” Koebel said.

Job-Applications.com, one of the leading job application resources available in the United States, created the Working Parent Scholarship as a way to help families obtain a better education to help build a career. Applicants submit a 600-word to 1,000-word essay on how to successfully balance parenthood, working and excelling in school.

Job-Applications.com established the Working Parent Scholarships in 2013. More than $25,000 has now been awarded by the Ohio-based company to recipients since the scholarship was created.

The scholarships were created by the Canton, Ohio-based company as a way to recognize the financial burden of obtaining a college education. The cost of paying for a higher education continues to be a strain on family budgets. Average student debt at graduation in 2017 nationally was $28,650, according to a recent report from The Institute for College Access & Success.

“This scholarship is our way to help reduce some of the financial strain on families as parents return to school to better their career,” said Job-Applications.com President Doug Crawford.

About This Round of Winners:

Rachel Kendall, 26, of Oregon City, Oregon, attends Walden University as a graduate student in the Masters of Science Marriage Couple and Family Counseling distant learning program. She is helping raise her stepson and has completed her second year of her graduate degree.

“After using my scholarship app, I came upon the Job-Applications.com ‘working parent’ scholarship, and thought there was no way I would win being that they only give the scholarship twice a year. After hearing that I did, I was ecstatic and was proud that I pushed myself to write the essay, despite the odds,” Kendall said. “This was the first scholarship I have ever won! I am also encouraged that there is a way to reduce the overwhelming debt that comes with college loans, so I plan to apply to many more. Thank you Job-Applications.com!”

Donny Koebel, 28, of Tyrone, New Mexico, has two children: a three-year-old girl and a 1 1/2-year-old boy. Koebel is a junior at the Spurgeon College at Midwestern Baptist Theological Seminary where he is seeking a B.A. in biblical studies.

“I am very grateful to have won the scholarship. It has been a comfort and a confirmation that I made the right choice in continuing my education,” Koebel said.

Mack Taff IV, 33, of Cross Plains, Texas, has two boys, ages 6 and 11. Taff is attending the Western Governors University where he is working to obtain a master’s degree in cybersecurity and information assurance.

“I'm ecstatic they chose me for this scholarship,” Taff said. “Thank you to everyone who helped with the scholarship program at Job-Applications.com! I appreciate everyone involved for choosing my essay and having confidence in me.”