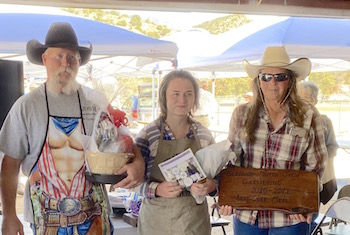 The Gila Belly Buster team, Joe and Lorre Bice from Las Lunas were winners in two categories --.Best Beef Meal and Best Bread.The weather was perfect for 2021 Dutch Oven Gathering held on April 10 this year in Glenwood. There were 10 cooking teams who served approximately 250 meals. There was a large variety of meals --  everything from pork chops, chili dishes and venison stew, to steak and taters and chicken cacciatore.

There were also great breads, and cobblers and wonderful desserts.

It was a great day for the vendors as well and the library book sale was a huge success.

The winners of the three raffles were: 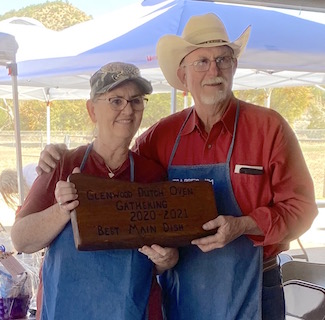 The cooking contest winners were:

Best Meal -- the Trapper Jim Camp from Clovis. They served Venison Stew and cornbread and cobbler. 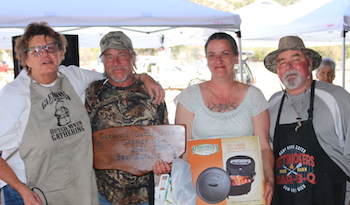 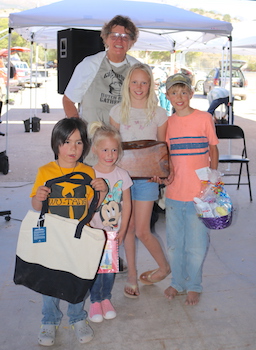 Mark your calendars for the 1st or 2nd weekend of April next year for the 2022 Dutch Oven Gathering.