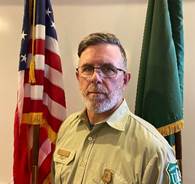 Silver City, NM. October 6, 2021. Rob Lever has been named as acting Forest Supervisor on the Gila National Forest beginning October 11, 2021. Lever will serve on the Gila NF for a 120-day detail.

Lever was raised in Bend, Oregon and went to college at Linfield College where he earned a BA in Sociology.