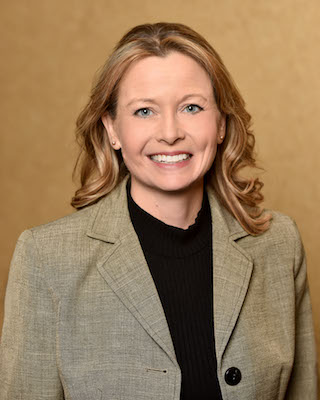 Questions remain on healthcare, economy and their approaches to collaborative governance.

“Often, we are presented with a false choice between stewarding our environment and building our economy. How can we take care of both?” This question, offered by Mark Childs of Albuquerque, is one of more than 50 questions developed by New Mexicans for the state's gubernatorial candidates as part of a televised debate that aired Oct. 16 on KOB-TV.

Nearly 100 people took part in one of three regional town halls organized by New Mexico First in Española, Roswell and Albuquerque. During the town hall discussions, participants from all walks of life and different pollical parties worked collaboratively – and with civility – to create questions that could be answered by both candidates, despite ideological differences. Moreover, they generated questions that addressed major policy concerns in New Mexico and were considered by all to be fair and unbiased.

During the live debate, candidates answered community questions about education, water, crime, mental health, immigration, infrastructure safety, marijuana legalization and the economy. However, only a portion of the citizens’ issues could be addressed in a 60-minute debate. Questions remain on healthcare, rural jobs, candidate approaches to collaborative governance and more.

For example, one group focused on nonpartisanship. “Our town hall group applauded the goal of working across party lines,” said Hope Morales from southeastern New Mexico. “If elected, what strategies will you advance to avoid partisanship across the board?”

In northern New Mexico, a town hall group zeroed in on healthcare concerns. “Even with federal healthcare reform, many low-income and middle-class New Mexicans are still falling through the cracks,” said community member Fanny Schwarz. “They either can’t afford coverage, or they get stuck with huge bills for co-insurance. How can we ensure that all New Mexicans have access to affordable healthcare?”

Still different questions came from southeastern New Mexico, where Elaine Mayfield asked, “Rural communities often feel left behind, in terms of economic development. What specific ideas do you have for stimulating rural economies?”

These are just some of the authentic concerns that New Mexicans are raising for today’s elected leaders. A full listing of all the town hall questions is posted here. We hope the candidates continue to find ways to address these issues before Election Day. 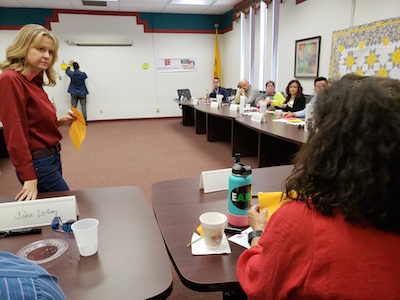 Balas at the Roswell town hall meetingThe Oct. 16 town hall debate was a partnership between NBC affiliate KOB-TV and New Mexico First. Encore presentations of the debate may be streamed at KOB.com. New Mexico First is a nonpartisan organization that engages people in policy and enables action. It conducts independent research and deliberation on education, healthcare, the economy, natural resources and effective government. More information is available at here.