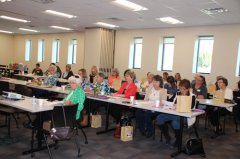 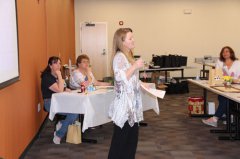 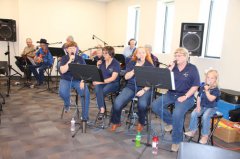 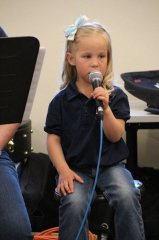 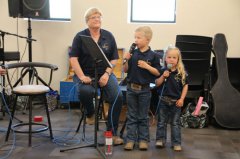 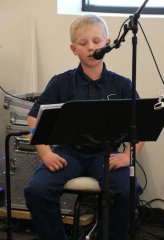 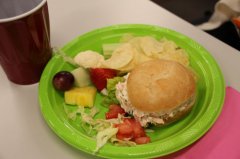 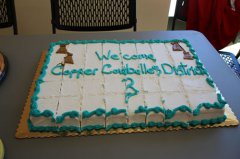 The spring meeting of New Mexico Cowbelles brought ranch women from all over the state to Silver City on Friday, March 23, 2018.

The meeting addressed items of interest to women who own and manage ranches, as well as those who support them. Nancy Phelps, state president-elect, said she is working with the New Mexico Beef Council to get the beef promotions back under the umbrella of Cowbelles.

It was also announced that for those Cowbelles organizations, which were having trouble hanging onto and storing many years-worth of scrapbooks and memorabilia, that the New Mexico Ranch and Heritage Museum in Las Cruces has agreed to keep them and display them.

The summer state conference will take place in Ruidoso, and everyone was invited to attend to take part in the workshops and activities, including a 5K walk.

Cowbelle Jeannette Hamilton brought to the attention of members, the problems with trucking requirements being set in place. Now any loaded trailer, including livestock trailers moving cattle from one area to another or headed with horses to a rodeo, weighing more than 26,000 pounds, requires a commercial licensed driver, and in some cases, two CDL-certified drivers.

She said: "Class E non commercial driver's license will allow us to haul over 26,001 pounds, as long as we're not sponsored by any corporation."

"In the old days, trailers weren't as heavy," Hamilton said. "Nowadays, they are heavier and safer. The larger trucks over the limit also are required to have costly electronic logging devices installed. This regulation doesn't work for produce and livestock. It also requires that no truck may be driven more than 11 hours maximum in a row. It then has to rest for 10 hours. It wasn't thought out for private owners. If you are headed to a rodeo, you can't stop and rest the truck loaded with horses for 10 hours. They would be stressed."

She told the Cowbelles to be aware that, as of March 17, the comments portion of the regulation received a 90-day extension before being fully implemented. Hamilton noted that more than 30 Congressional members support increasing the limit to 45,000 or 50,000 pounds gross vehicle weight for such trucks. "It should affect only 18-wheelers. If it goes into effect, it will kill the livestock industry and small mom-and-pop operations. Make noise and get heard. In another insanity, it doesn't apply to those massive motorhomes you see on the road. The Department of Transportation is already pulling people over. Class E non-commercial vehicles can get huge fines and even prison time. It's affecting rodeos, especially if a rider or riders are sponsored. It is plastered on the trailers and the police pull them over. If you're not being paid to go to the rodeo and not sponsored, you should be OK. We hope the ELD (electronic logging device) gets killed for agriculture, too. Every state has different rules, so you have to comply with whatever state you're driving in."

The Cowbelles are in the process of developing a Marketplace, an online business directory for Cowbelle members who have skills they want to promote to market ranching and to support one another. Vice President Charity Underwood encouraged members to join up and share their talents.

Casey Spradley, treasurer, presented several of the items on the agenda, in the absence of the president, Ashley Ivins. Spradley also said the organization is looking for a treasurer, as she plans to go back to work. She will be available to help the next treasurer.

Entertainment during lunch was provided by Jericho.