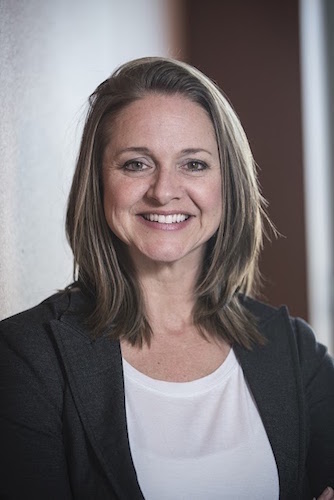 "I am keenly aware of how government regulations impact businesses with the processes they have to go through," New Mexico District 38 Rep. Rebecca Dow told Silver City-Grant County Chamber of Commerce members and guests at the monthly luncheon on Dec. 5, 2019.

Dow said when legislators pass policy, businesses are not always made aware of the costs. "There is a major divide between rural and urban businesses. I am starting a rural caucus in the House to address rural issues. I can tell you that the House Education Bill that passed last session, I am one of eight on the committee, created items that benefit Albuquerque schools, but negatively impact rural schools."

She noted that early childhood programs negatively impact privately and minority-owned early childhood programs. "The legislation benefits public schools that offer programs for three- and four-year-olds. I appreciate the Silver Schools for being deliberate in their roll out. Because across the state more than 100 private schools for early childhood have closed because of the regulations. I want to hear from you on issues, so I can go in and know what I need to advocate for."

Dow said 17 guns have been removed from homes. Sometimes, as a result, the victim of domestic violence is now not able to protect herself or himself, as a result. The abuser has to say how many guns are in the house and has to voluntarily give them up. "Public safety will get calls and some guns are not being removed. My main concern is due process and not to remove guns without due process. I know of a woman who has been harassing a man. It is an issue of catch-and-release. She's been arrested and let go eight times. Only 17 out of the 91 guns reported overall were removed. There are flaws in that bill. The bigger concern is when people are released without consequences."

Tony Trujillo said a newly proposed mining bill has to show the 30-day financial impact of financial assurance. "It is targeted to Freeport-McMoRan, as it is the only one eligible in the state."

Dow said a senator has also committed to putting a ban on fracking in the state and has added an appropriation on it.

Trujillo commented that Rep. Matthew McQueen, who has not been a friend to the extractive businesses, has a challenger, the granddaughter of Gov. Bruce King.

Turrieta said, as a member on the Board of Directors of New Mexico Counties: "I hope the Legislature doesn't cut the Small Community and City funding."

Dow agreed and said any sustainable tax reform has to put a tax back on food. "We don't want to tax food, because overall the vulnerable have to pay more, but they have access to food stamps. If we tax things equally, it would be more equitable. When you hear the words revenue enhancement, which sounds good, know that it is code for more taxes. There is no real solution except meaningful tax reform."

Derek Ratcliff asked Dow what she sees over the next year that will impact Grant County.

"With the new Outdoor Recreation Division, I see opportunities for outdoor recreation here in the area," Dow replied. "I think there will be grant money and Grant County is ahead of the game. I think there are other opportunities. On Dec. 17, the Board of Finance will consider a 99-year lease of portions of Fort Bayard to Santa Clara. The Gila National Forest would like to lease buildings on the site. It will be a catalyst for others to lease buildings.[Editor's Note; See article on the Fort Bayard lease at: https://grantcountybeat.com/news/news-articles/54888-state-approves-99-year-lease-for-fort-bayard-national-landmark-to-santa-clara-121719.] I think film is important for Grant County. Film producers receive a 30 percent tax credit to film in New Mexico. In rural areas, they receive 5 percent more credit. They stuck it on the LEDA (Local Economic Development Act) and JTIP (Job Training Incentive Program) funding bill."

Turrieta commented about what's happening in tourism. "The Department of Tourism Secretary said there is a lot more tourism in southwest New Mexico because we border Arizona and Mexico. The tourists are pushing out of Las Cruces into Grant, Luna, and Catron counties."

Bruce Ashburn asked if Dow has considered bringing back her bill on rural vacant buildings, like existing historic buildings, which have options for variances and waivers on bringing them up to current code.

Dow said she has PTSD from that experience. "The room for the hearing was standing room only with everyone opposed to it, including every union. The Construction Industries Division came to me afterward and said it was a good bill. There is nowhere to stay in Springer, for instance. It's another rural versus urban issue. It opened up a whole other world and there have been some regulatory changes."

"Fees for state parks have not been raised in many years," Dow said. "They have the lowest fees and yet Elephant Butte receives 5 million visitors a year. One in six visitors to the state are going there. But in all of Sierra County, there is only one dumping station. The incoming State Parks director will raise rates. I asked that the extra $5 go into parks' infrastructure to make them stronger. The 35 state parks get altogether $1 million a year. The new director wants it for operating needs. The lake parks pay for all the other parks. Federal parks keep 80 percent of their fees in the park where it is charged and use the 20 percent overall for all the parks. The state needs to believe that water for recreational use is a beneficial use, but they can drain Elephant Butte dry right now. The Elephant Butte Irrigation Association is in favor of a minimum pool of 24-30 percent. It has to do with the environment and ecology. I will fight hard to raise the fees and make capital investments into the parks."

Trujillo said, having worked for years at the Legislature, "we are truly fortunate to have Rebecca Dow. Last year during the mining bills issues, we had to find someone committed to our cause. We sat with her and educated her on the issues for about an hour. She has a true commitment to her constituents. She has to face free tuition, pension reform, and tax reform will be a showstopper, because a ton of money will be thrown at it. The state has to put a budget together. We are very fortunate to have a committed representative."

Turrieta agreed and said Dow goes out and get educated on the issues.

Dow said "I wanted teachers to get raises, but it was a really bad bill. It wasn't equal to everyone. I had to know they would get raises, but once the schools put in the taxes and the raises increase the required pension dollars, Level 1 teachers got a $36 raise. It's not as easy as it looks. We can't always read the bills. It really is sausage-making."

Commissioner Billy Billings said Dow is a go-getter with an endless amount of energy. "She is always learning. She works and works and learns like no other I have ever seen."

The next chamber luncheon is set for Jan. 9, 2020 at the Grant County Veterans Memorial Conference Center.