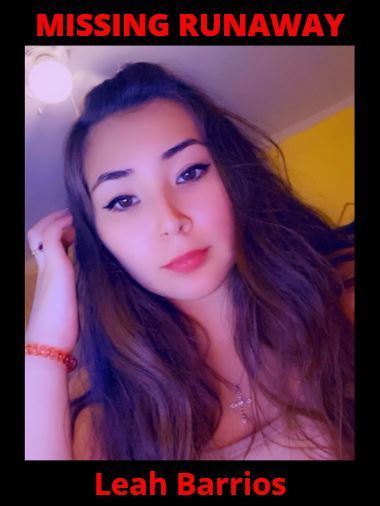 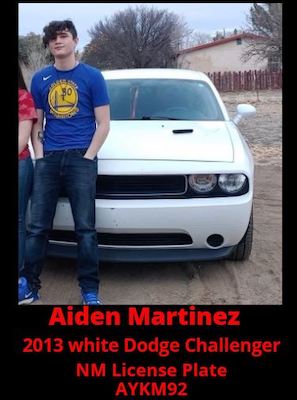 Grant County, NM - The following information is for the distribution of a Missing Runaway Advisory from the Grant County Sheriff's Office (GCSO).

GCSO is searching for Leah Barrios, 17, of the White Signal, NM area in Grant County. She was last seen on July 18, 2021, at around 4:00 p.m. She is described as 5'04" tall, weighing 157 lbs., with long brown hair and brown eyes. She was last seen wearing a white shirt, black shorts with black and white "Vans" brand shoes. She is believed to be in the company of eighteen-year-old Aiden Martinez. They are believed to be traveling in a 2013 white Dodge Challenger with New Mexico license plate AYKM92. Their destination is unknown, but they are believed to be in the Edgewood or Albuquerque, NM area.

If you have any information on the whereabouts of Leah Barrios, please contact the Grant County Sheriff's Office at (575) 388-8840 or dial 911.