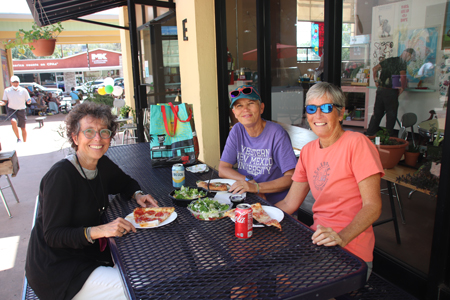 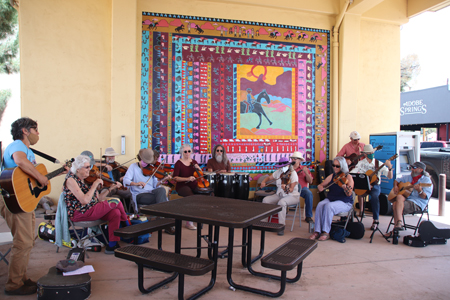 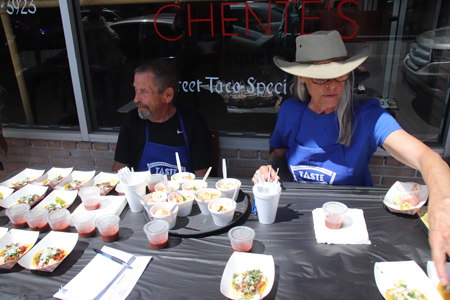 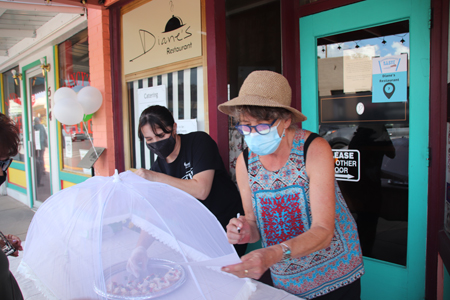 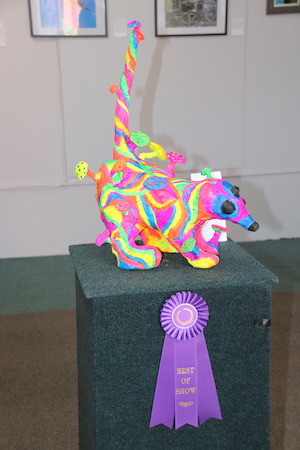 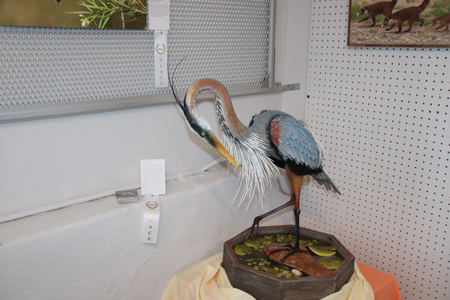 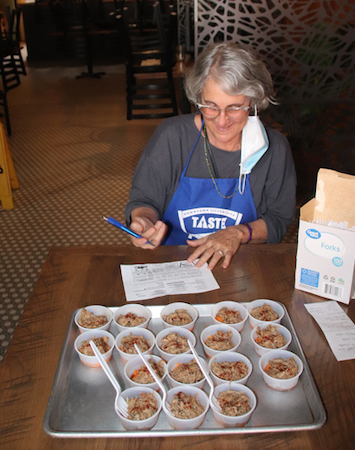 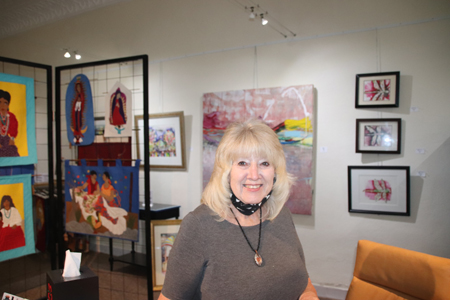 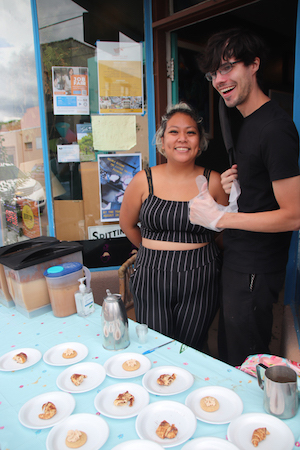 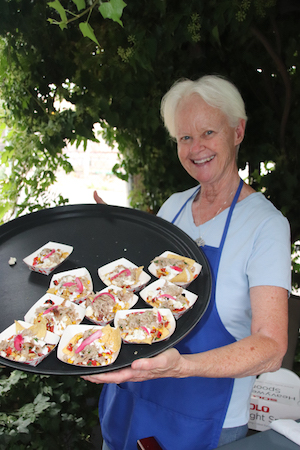 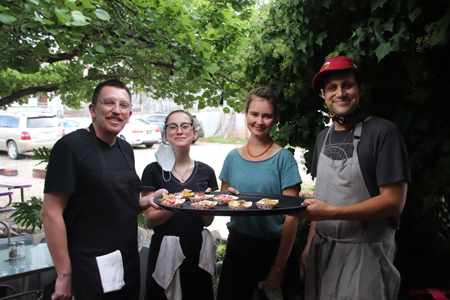 [Editor's Note: the photographer was so busy consuming all the goodies along the path of the Taste of Downtown that she failed to take photos at every stop. She apologizes to those she forgot to photograph, but says the food was great.]

The main attraction was the Taste of Downtown, but along the way, small signs pointed to the Studio Tour. Because this author photographer had a ticket for the food goodies, she ate her way from one end of Bullard to the other, but managed to visit a couple of art galleries, too.

Twelve eateries had goodies for ticket holders. At The Hub, Diane's Bakery and Deli served up chocolate chip cookies; Mint Chip Creamery had small cups of their signature ice cream ready for consumption; and Chente's Taqueria had three choices. This author can vouch for the carnitas on a tiny tortilla, with fixings. Birdwell's Vintage Vibes had a couple of different desserts. The Silver City Co-op had two chocolate-covered goodies —almonds and cranberries. Diane's Restaurant offered a crostini with chicken and toppings. Javalina Coffee House served up a choice of desserts. [The churro was delicious]. Silco Theatre had caramel popcorn, which disappeared quickly. The Ice Cream Emporium had fudge. Revel served a scrumptious pulled pork over orange- and cumin-"scented" sweet potato puree. Little Toad Creek offered a swig of one of their ales or a hibiscus tea. At the far south end of Bullard, Corner Kitchen served a small dish of pulled pork on a bed of various flavors.

Word on the street was that the fundraiser event for Silver City MainStreet Project sold out all its tickets.