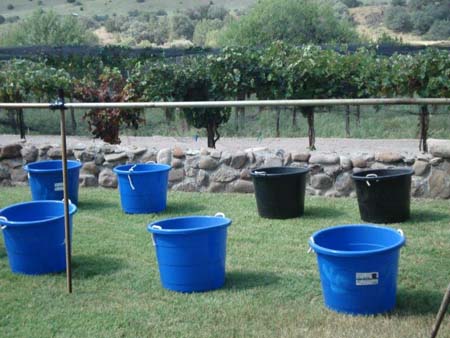 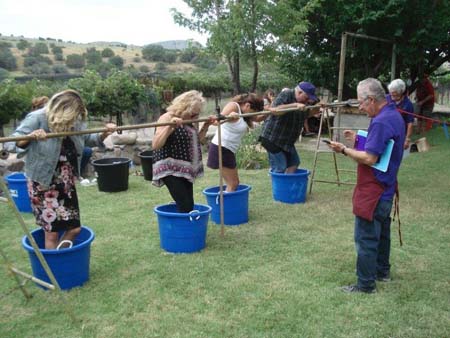 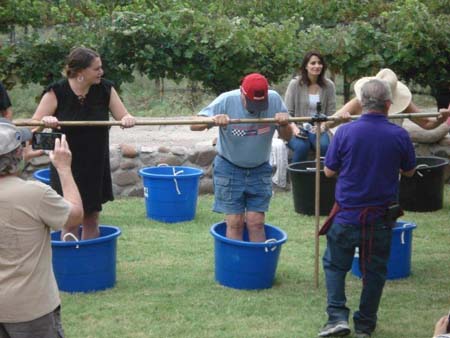 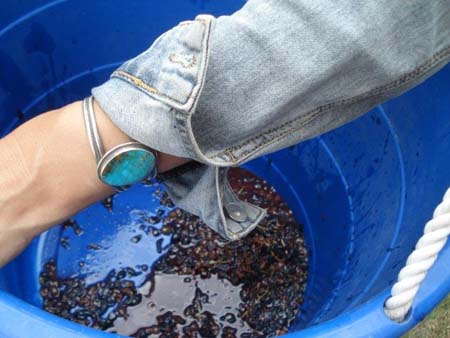 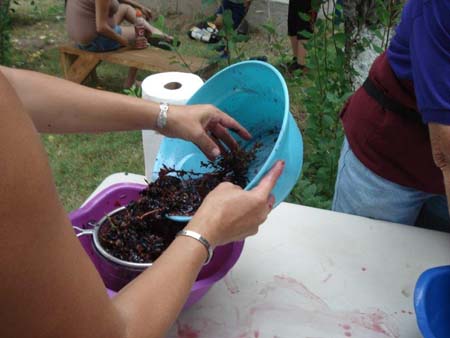 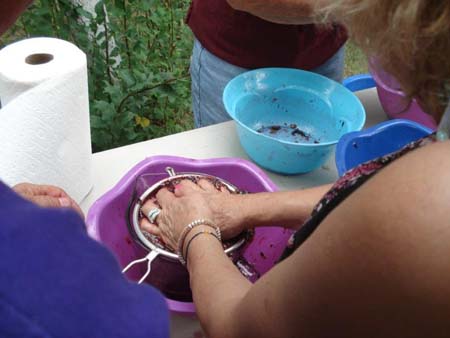 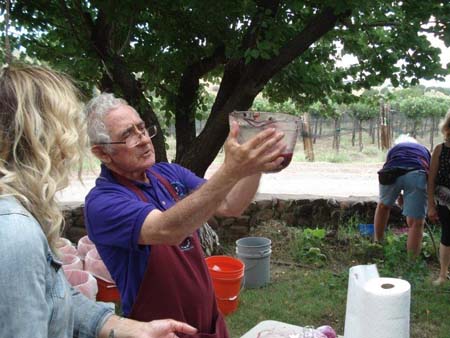 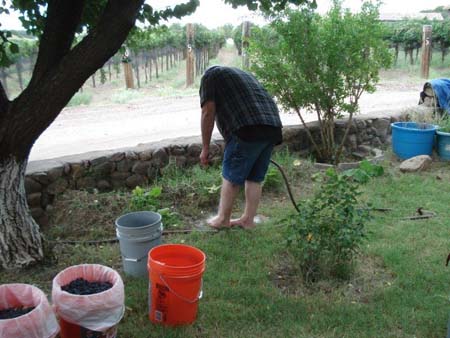 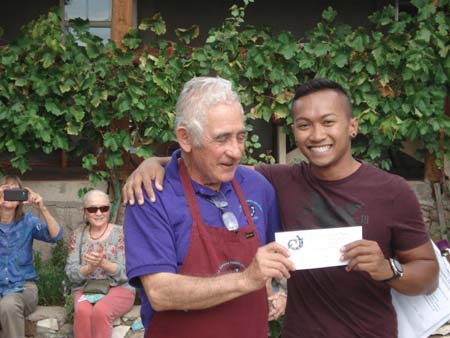 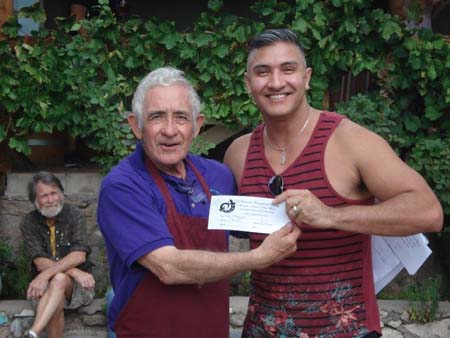 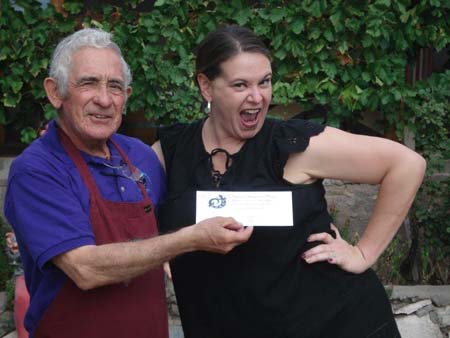 After music by Brandon Perrault and family, grape stomping brought out folks wanting to win bottles of La Esperanza wine. A portion of the cover charge went to the Mimbres Cultural Heritage Site.

Prizes for the most juice out of a grape stomping were 1st Place, 6 pack of wine; 2nd Place, 3 bottles of wine; and 3rd Place, 1 bottle of wine.

Third place came out in a tie, with Jamie Wilder of Silver City and Lenin Beltran from Juarez, each producing 800 ml of juice.

Second place went to Carlton Thompson of Silver City for his production of 875 ml of juice.

First place went to Peter Tha from Tucson, who stomped out 900 ml of juice.

Each person was given a bucket with 5 pounds of St. Vincent grapes and given one minute to stomp as much as they could. The bar was there for support. When time was called, each participant emptied his or her tub into a bowl. The contents of the bowl went into a sieve and they could press the skins to get a bit more juice.

Dave Gurule, vineyard and winery owner with his wife, Esperanza, measured the juice. At that point, the competitors rinsed their feet and went to cheer on the next group.