Photos Courtesy of Lucy Whitmarsh of the field trip on Friday (first five photos) and the dedication of a historic marker at the Visitor Center on Saturday evening (last three photos). Photo of the model camp and happenings at Fort Bayard by Mary Alice Murphy from Saturday morning. 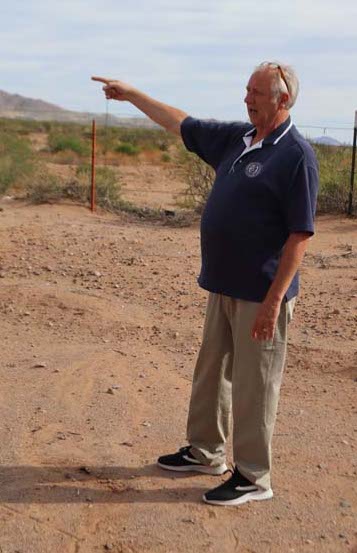 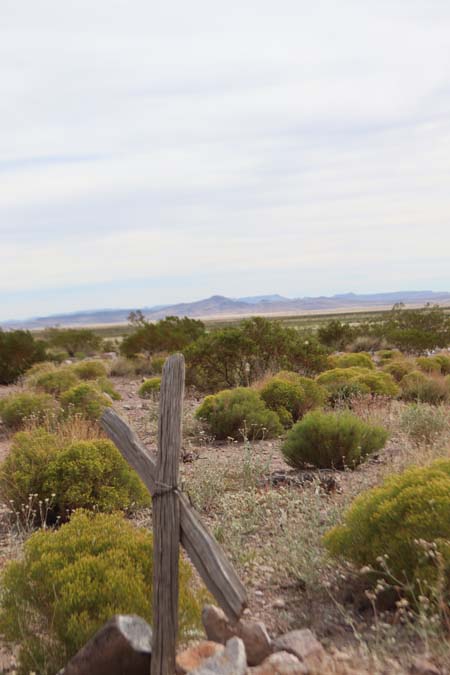 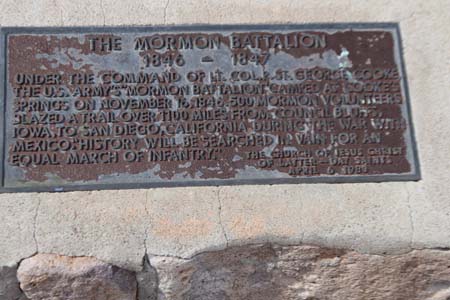 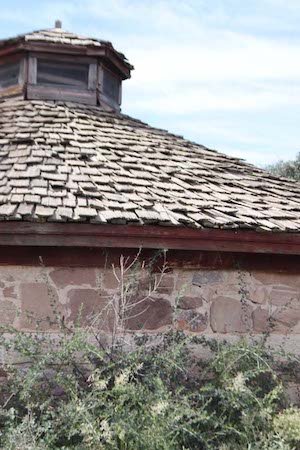 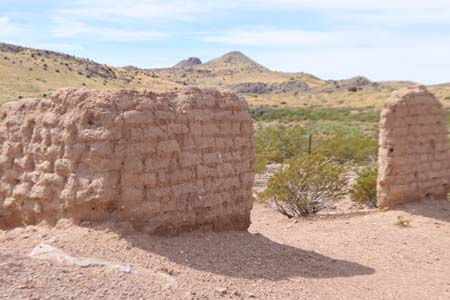 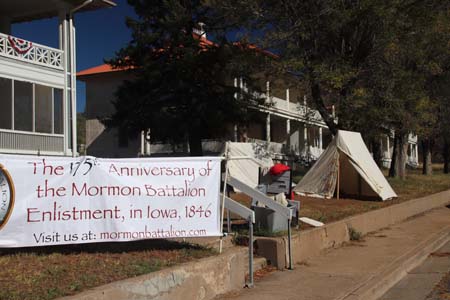 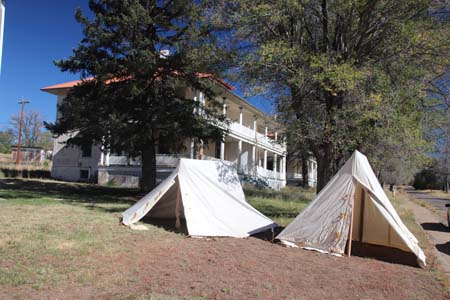 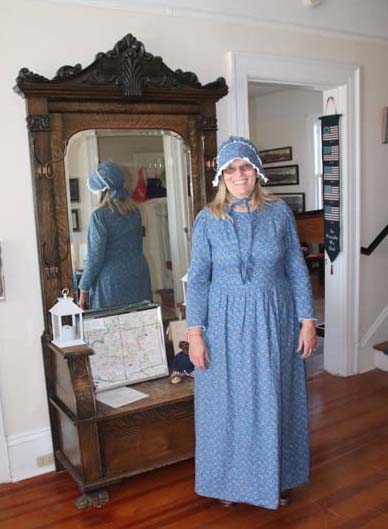 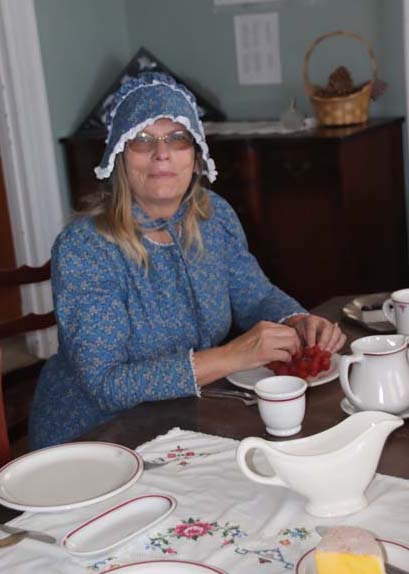 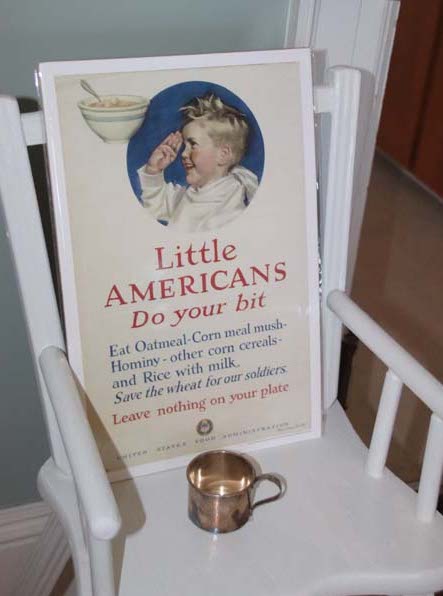 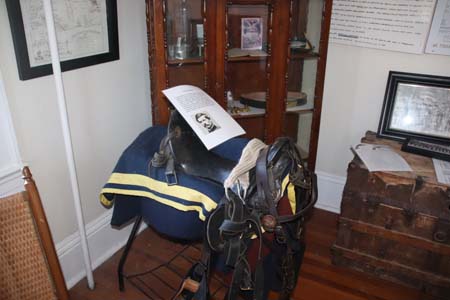 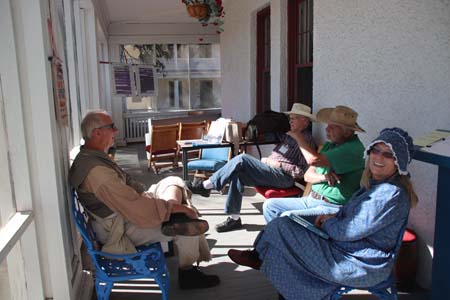 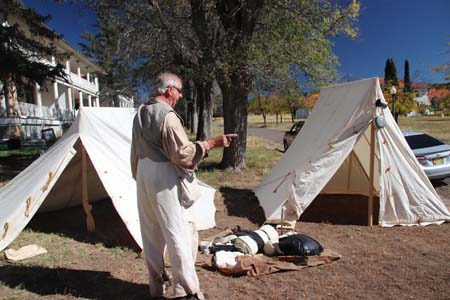 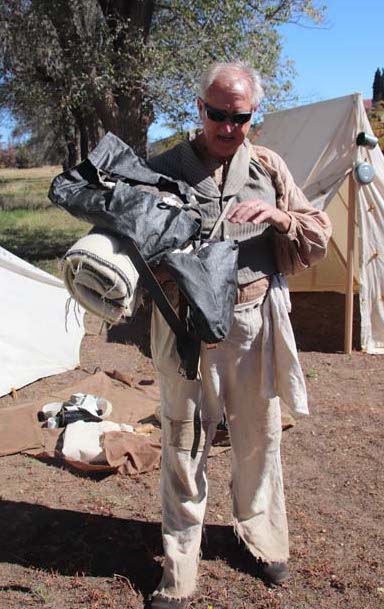 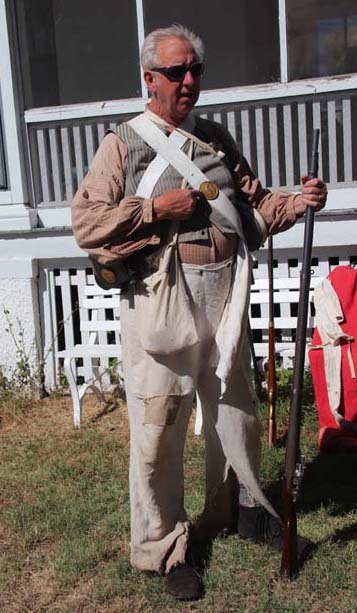 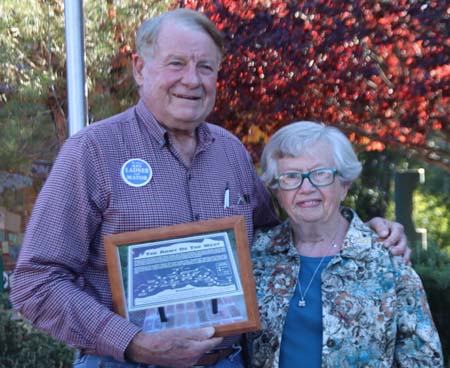 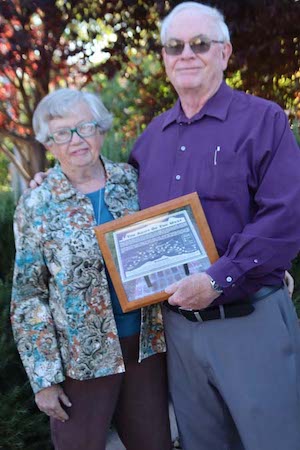 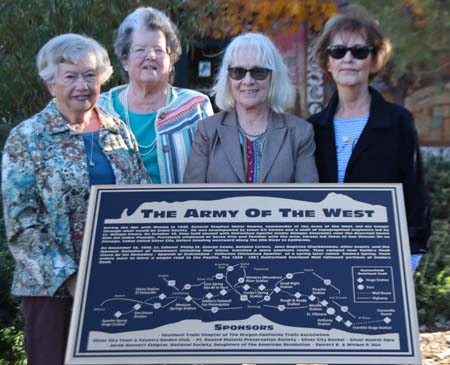 The Mormon Battalion of the U.S. Army traveled through the area of New Mexico on its trek westward to California in 1846-47.

A field trip led by Kevin Henson, who did the trek for historic purposes, explained the sites on the field trip, which went to Fort Cummings and Cooke's Springs.

On Saturday, he put up a small camp at Fort Bayard Historic National Landmark in front of the Commanding Officer's quarters (which serves as the Fort Bayard Historic Preservation Society museum) to show the tents and some of the equipment carried by the soldiers on their cross-country trek.

He told some of the history of the trip, including that there were 335 men, plus 60-75 women and children in the group. With three-and-a-half weeks left in the trip to California, they lost one thousand pounds of flour while on the Gila River. So what was left from each man's allocation was put together and separated out by portion of four ounces of flour per man, and the women and children had their own rations.

One man on the first trek, Sgt. Nathan Jones, wrote about the trip and wrote that the group had a "weighing festival" when they reached California. He weighed 198 pounds at the start of the cross-country trip and weighed 127 at the end.

In the smaller tent that Henson had set up, he said that six men slept in that size tent. To create more space in the tents, the seamstresses put gores into tents so that a lower, but larger tent could sleep 9-10 men.

Henson said Jean-Baptiste Charbonneau, Sacajawea's son, served as the hunter who helped feed the members of the battalion.

For more information, he directed readers and visitors to mormonbattalion.com and to go to the trails tab to Follow the Trail. He also noted that battaliontrek.com is the website set up by him and others with podcasts and a blog of their trip following the footsteps of the Mormon Battalion.