HB 9, the “Bennie Hargrove Gun Safety Act” is named for the Washington Middle School student in Albuquerque who was fatally shot by another student who used his father's improperly stored gun. It imposes at least a $1,000 fine and a misdemeanor for adults if their improperly stored gun is brandished by a minor. If the gun is used in a fatal shooting, the adult would face a fourth degree felony charge.

“This is about protecting our kids. Keeping firearms out of the hands of children is common sense,” said Representative Pamelya Herndon (D-Albuquerque). “This bill prevents senseless tragedy by requiring safe storage; something responsible gun owners already take very seriously.”

HB 79 would amend the criminal code to abolish the statute of limitations for second degree murder. The bill would also increase the penalty for a second degree felony resulting in death from 15 to 18 years.

“New Mexico is the lone state that has a statute of limitation for second-degree murder," said Representative Antonio "Moe" Maestas. “The victims’ families should be able to count on the justice system to hold murderers accountable, no matter how much time has passed.”

HB 96, the “Violence Intervention Program Act” would appropriate $10 million from the general fund to fund programs that prevent and reduce violence with approaches that are data driven, evidence or research based, focus on deterrence, and target high risk-populations. This legislation was sponsored by Representative Gail Chasey (D-Albuquerque) and passed committee on a party line vote of 3-2. “Violence Intervention Programs are proven across the country and early results in Albuquerque confirm this kind of focused deterrence can reduce violent crime and improve public safety,” said Representative Chasey. “If enacted and fully funded, it could achieve similar results statewide.”

"Fines and fees are an unreliable source of government revenue that keep New Mexican families in a never-ending cycle of debt and court involvement," said Representative Micaela Lara Cadena. "Chasing down people who don't have the ability to pay negatively impacts public safety. In becoming debt collectors, the limited resources of the courts and police are pulled away from their core public safety responsibilities; our communities deserve better.”

HB 81 was sponsored by Representative Cadena and passed committee on a party line vote of 3-2. 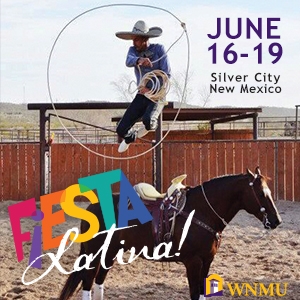