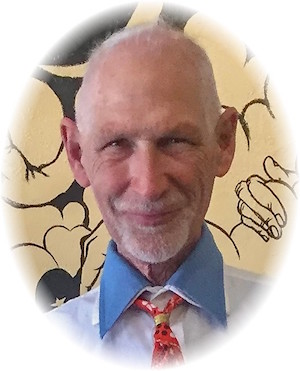 A year later, while working at Mel-Rain Corporation in Indianapolis, he met his future wife, Ofelia.  Cam began his electronics career with International Business Machines Corporation (IBM) and married Ofelia in 1966. Together, they had their daughter, Roma, in 1968.  Cam and Ofelia left Indianapolis and settled in Greenfield, Indiana in the summer of 1970. It was around this time that Cam started riding and racing dirt bikes.

Cam relocated to Atlanta, Georgia in 1985, continuing his career with IBM until retiring in August 1996. It was during this time, that he began going by his middle name Vernon.

After retiring, Vernon (Vern) decided it was time to start a new adventure and relocated to New Mexico. He said that the minute he drove into Silver City/Bayard, he knew he had found his forever home.  Never one to let grass or weeds grow under his feet, Vernon, joined the Bayard Beautification in 2015 and worked passionately keeping Bayard and the surrounding mining areas clean and tidy.

He loved old cars, motorcycles, movies, music, ice cream and road trips. He enjoyed playing chess and pool. He was a member of the Mimbres Marauders Motorcycle Club.  He was a firm believer in physical fitness and when he wasn’t working out in the gym, could be found out and about with his lawn mower and weed eater.

Arrangements are with Terrazas Funeral Chapels “Trusted care for the ones you love” ~ 575-537-0777.  To send condolences, visit www.terrazasfuneralchapel.com.