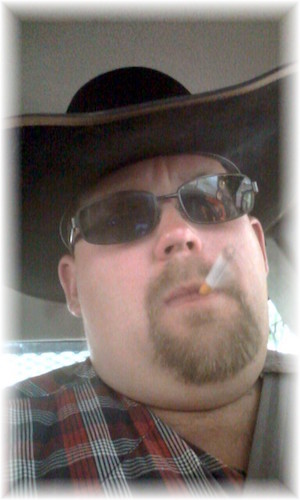 Wayne Galen Williams “Bubba”, 37, a resident of Cliff NM entered eternal rest on July 30 at Gila Regional Medical Center after a 6-month battle with Covid. Wayne is the son of Wilson and Sherlene Williams of Mule Creek. Wayne leaves behind sister Dina Rogers and husband Jim of Silver City; brother Toby Williams of Silver City; Sister Mandy Barris of Silver City and his twin sister Winter Williams of Hurley NM; sister Kim and Bill Lamb of Tennessee; Richard and Brandy Grabbe of Silver City; Bryan Grabbe of Silver City. Wayne has one living grandmother Dean Leathead of Mule Creek; a special great uncle Wayne Dickerson of Cliff and a honorary brother Wayne Reese. Wayne also leaves behind Nieces: Krystal Williams, Ashley Webb, Amber Brandt, Kandyce Williams, Dystinee Barris, Kaylie Bluue, Misty Williams, Cheyenne Reeves, Charlene Wicker, Brandi Gonzales, and Erin Lamb as well as Nephews: Kyle Perry, JD Rogers, Cody Williams, Bobby Lamb. He had many other aunts, uncles, and cousins that will miss him. Also Wayne’s constant companion, his dog “Rusty”, who laid by his side while he was sick or jumped in the truck to go when Wayne wanted to go.

Wayne was born February 22, 1984 along with his twin sister Winter. He went to school at Cliff schools where he graduated in 2003. After graduating high school, Wayne moved to Hondo, NM with his dad where he worked for Hamilton Construction. It has been said that Wayne could operate any piece of equipment that his dad could. Wayne also went to work helping build the Deming power plant; then even did some work at Chino Mines. To many Wayne was known as “Bubba”, but to his dad he was his “right hand man.” He was known as what some might call a "junk yard mechanic". He rebuilt and fixed more cars and trucks than most people could imagine. He was always with his dad Wilson, learning how to fix anything with wheels and a gas tank, and he spent many hours with Uncle Wayne Dickerson learning how to work and ride horses. Uncle Wayne says that Wayne struggled in school and one day he had Wayne come riding horses with him. During that time his Uncle Wayne would quiz him on his math and by the end of the following year Wayne was tutoring other kids. Uncle Wayne backs up what so many others keep saying about Wayne - he did things wanting to do the greater good. Wayne took absolute joy in helping others who were stranded or stuck and it didn’t matter if it was a friend, family or stranger. If Wayne could use his truck or inventions to help others, he was there no matter what time, day or night. If someone offered him a few dollars he was grateful, but a handshake was always welcome and that would satisfy him.

A memorial will be organized at later date as the family is not prepared at this time for final arrangements. Please keep the family in your prayers as we move forward to keep the good memories of Wayne upbeat and positive.

Cremation has taken place at Terrazas Crematory. Arrangements are with Terrazas Funeral Chapels and Crematory “Trusted care for the ones you love” ~ 575-537-0777. To send condolences, visit www.terrazasfuneralchapel.com.