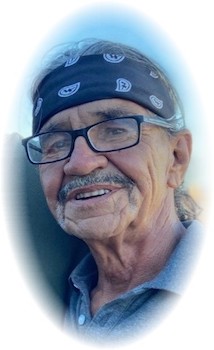 On Wednesday, January 11, 2023, Gilbert Ortiz, loving father, grandfather, brother and uncle passed away at age 68 with family at his side. An avid car enthusiast and mechanic who spent his life working in lots of different shops doing what he loved. He had an absolute passion for restoring classic cars, more specifically his pride and joy, his 1964 Chevrolet Impala. He was most known for his impeccable problem-solving ability and most people know, if they had an issue they couldn’t figure out, he could. There are seldom classic vehicles in Silver City he didn’t have a hand in building, fixing or admiring.

Gilbert was also an avid sports fan, he loved the Dallas Cowboys, but above all, the fan of his grandchildren. Hardly ever missing a game or event he was their number one fan, from soccer to basketball he was there.

Gilbert also had a love for the outdoors and fishing. One of his favorite sayings was, “The fish are in the water.” Meaning to have patience.

Gilbert was well known to many, jokingly saying he was a celebrity, but it was somewhat true. Going into Walmart was never that easy, as one trip for a small item ended up being a three-hour trip due to endless conversations. He was truly loved and will be missed dearly by many.

Gilbert is survived by his only son Armando and his significant other Andrea, his grandchildren Xander, Ania, Mariah and Jordan, his sisters Priscilla, Anna and Lydia, his brother Richard, sister-in-law Lydia and numerous nephews, nieces, cousins and God children.

He is preceded in death by his mother Mary Ortiz his brother Alfredo and sister Martha and his brother’s-in-law Gilbert and Mike.

Cremation has taken place at Terrazas Crematory. Arrangements are with Terrazas Funeral Chapels and Crematory “Trusted care for the ones you love” ~ 575-537-0777. To send condolences, visit www.terrazasfuneralchapel.com.