The Chronicles of Grant County
21 April 2021 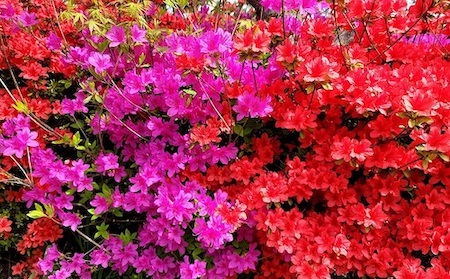 The Azalea is the official wildflower of the State of Georgia. Azaleas come in a variety of colors from purple and red to orange and yellow. (This photograph was provided courtesy of CHIHYUNG through Pixabay, 2021.)

Georgia Street received its name from the State of Georgia. The American state itself was named after King George II of the Kingdom of Great Britain and the Kingdom of Ireland (the two countries were separate entities at the time) when it was initially established as a British colony in North America. In its early days, Georgia included its current territory as well as the bulk of the States of Alabama and Mississippi.

This roadway is one of several in Silver City that gets its name from a southern state. Others include streets named after Alabama, Florida, Kentucky, Louisiana, Mississippi, and Virginia.

In 1868, the year in which Grant County was founded within New Mexico Territory, the State of Georgia ratified the 14th Amendment to the U S Constitution, according to edition of The Daily New Mexican dated July 30, 1868. This newspaper article reported that with the approval by Georgia, the U S Secretary of State had proclaimed "...that the amendment has been ratified by three-fourths of the states and is now valid as a part of the constitution." The 14th Amendment included guarantees that people born on the soil of the United States were American citizens.

Atlanta is the capital of Georgia. "Atlanta began as the terminal point of the Western and Atlantic Railroad, a project authorized by the State of Georgia in 1836," according to the U S National Park Service. "Originally known as 'Terminus,' and later 'Marthasville,' by the Civil War Atlanta was a bustling city. Crippled by the burning of the city during the war, Atlanta rebounded during the last part of the century. Today it is home to more than 4 million people and is considered the entertainment and cultural center of the South…Atlanta became the birthplace of the Coca-Cola empire…Popular authors Margaret Mitchell ('Gone With the Wind') and Joel Chandler Harris ('Uncle Remus Tales') called Atlanta home, as well as major leaders in the Black community such as Alonzo Herndon, a former slave who founded the Atlanta Life Insurance Company, and Civil Rights movement leader, Martin Luther King, Jr." 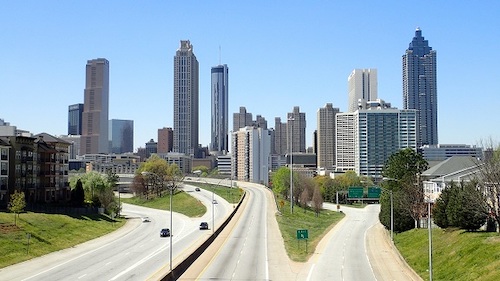 Atlanta is the capital of the State of Georgia. (This photograph was provided courtesy of William Thompson through Pixabay, 2016.)