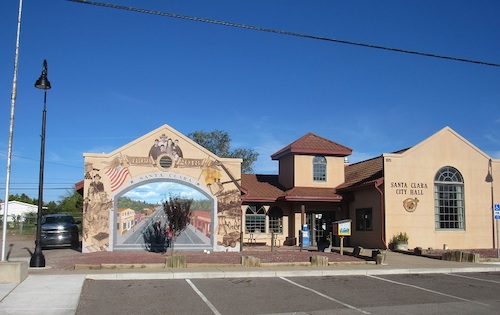 The Village of Santa Clara was initially named after Saint Clare (Santa Clara) in the early 1860s, according to the Village. A few years later, though, the town was re-named as "Central City." At some point, the name became simply "Central." A map produced in 1914, for example, uses "Central" as the name of the town. When the community was incorporated as a distinct municipality in 1947, the name was officially shortened to "Central."

One Mountain, One Volcano – Part Two 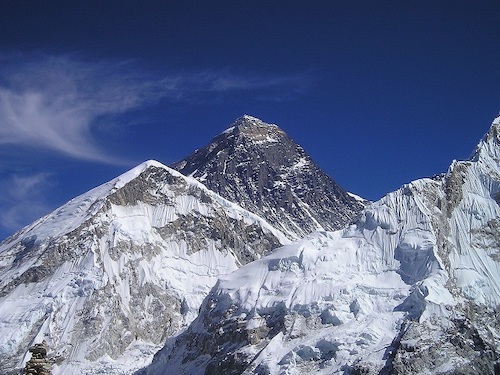 Mount Everest is the highest mountain in the world. (The photograph was provided courtesy of Simon Steinberger through Pixabay, 2010.)

Last week, we noted how several roadways north of Silver City are named after major mountains and volcanoes in the world; we detailed two such streets. Today, we look at two additional streets that get their names from geographic landmarks in Asia and Africa.

One Mountain, One Volcano 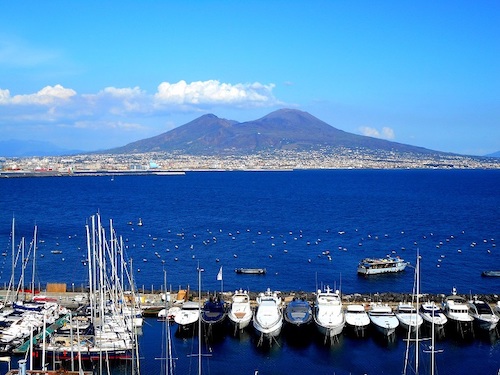 Beautiful blue waters of the Gulf of Naples are near Mount Vesuvius in September of 2017. (The photograph was provided courtesy of Carlo Raso through Flickr.)
Several roadways north of Silver City are named after major mountains and volcanoes in the world. Today, we look at two of these streets that get their names from geographic landmarks in Greece and Italy.

The name of Vesuvius Way is derived from Mount Vesuvius, an active volcano located near Naples, Italy. Many know the historical story of Pompeii and nearby communities being destroyed by the eruption of Mount Vesuvius in 79 AD. This was at a time when the region was part of the Roman Empire. 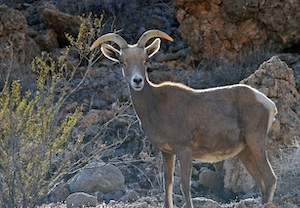 The Desert Bighorn Sheep is the State Animal of Nevada. This specific Desert Bighorn Sheep was found east of Las Vegas near Lake Mead in Nevada. According to the Office of the Secretary of State of Nevada, "The Desert Bighorn Sheep (Ovis canadensis nelsoni) is smaller than its Rocky Mountain cousin, but has a wider spread of horns. The bighorn is well-suited for Nevada's mountainous desert country because it can survive for long periods without water. The large rams stand about 4.5 feet tall and can weigh as much as 175 pounds." (The photograph was produced by Mr. Jon Avery on January 1, 2009, and provided courtesy of the United States Fish and Wildlife Service through Flickr.) 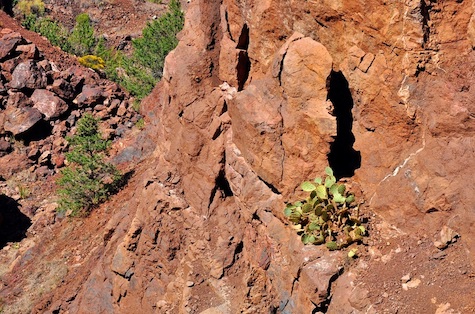 A cactus is seen growing on an outcropping at Boston Hill Open Space in October of 2012. (The photograph was provided by Steve Douglas through Flickr.

Mining companies and railroads were critical elements in the early growth of Silver City and Grant County. One such entity was the Massachusetts and New Mexico Mining Company. Headquartered in Boston, Massachusetts, this business entity encouraged folks in the Bay State and beyond to consider investing in mining operations just outside of what was then the beginnings of Silver City.

This was the view from Jack's Peak on the Continental Divide National Scenic Trail in the Gila National Forest in 2017. (The photograph was provided by Tony Perrie through Flickr.)

"The headwaters of our nation spring from the Continental Divide," according to a statement from the U S Forest Service. "Imagine a line running the entire length of North and South America, from the icy northern reaches of Canada to the Strait of Magellan at the southernmost tip of Chile. This line runs north to south along the very highest elevations of these continents, connecting the peaks of the Rocky Mountains with the Andes in South America."

The U S Forest Service indicated that "rain or snow that falls on these peaks will flow either to the east or to the west down the slopes of these mountain ranges. This flow begins as small trickles that join up to form streams, then swell into roaring rivers that provide nourishment to the land, plants, and animals."

The Continental Divide Trail Coalition is a 501(c)3 non-profit organization that was founded in 2012. Its mission is "to complete, promote, and protect the Continental Divide National Scenic Trail." The organization indicated that it strives to build "a strong and diverse trail community, providing up-to-date information to the public, and encouraging conservation and stewardship of the trail, its corridor, and surrounding landscapes." 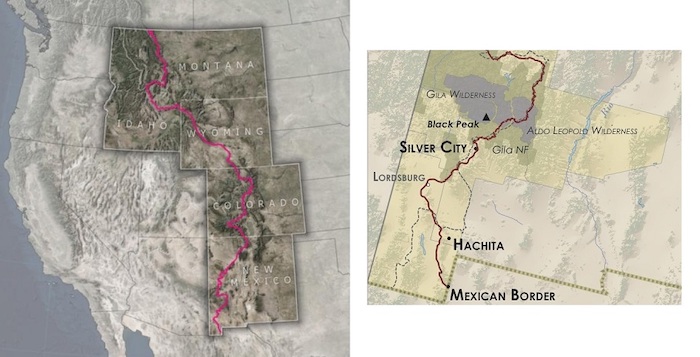 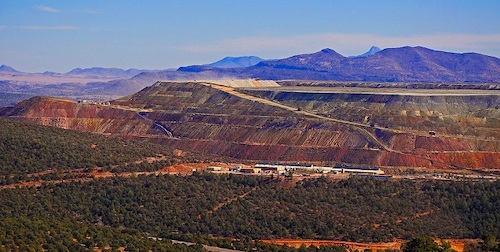 This is a photograph of Santa Rita del Cobre in Grant County on February 17, 2013. (The photograph was provided by Steve Douglas through Flickr.

This is a photograph of Santa Rita del Cobre in Grant County on February 17, 2013. (The photograph was provided by Steve Douglas through Flickr.)

While you likely have never heard the names of "Matilde Robledo," "Teodoro Rios," and "Simon Sias," you should know the story of these men who worked in Grant County 95 years ago.

The word "hero" is used frequently these days.

Part of the reason is that there are several definitions used for that same word. Definitions that have completely different meanings. As such, many individuals use the word "hero" to define various situations.

One of the main definitions is as follows:

Saint Vincent of Saragossa is the patron saint of Lisbon, Portugal, as well as Valencia, Spain. (This image was provided courtesy of Ulrike Görgl through Pixabay, 2017.Silver City includes San Vicente Street and the San Vicente Creek Trail. The San Vicente Arroyo drains about 26.5 square miles of the area, according to the United States Geological Survey.

These names all evolved from the name given to the area by settlers with European ancestry. What we know as the Town of Silver City was initially a settlement called "La Ciénega de San Vicente" – Spanish for "The Marsh of Saint Vincent."

(Different reports spell the wording for "marsh" or "oasis" as "ciénaga" or "ciénega" in Spanish.)