The Chronicles of Grant County
16 August 2021 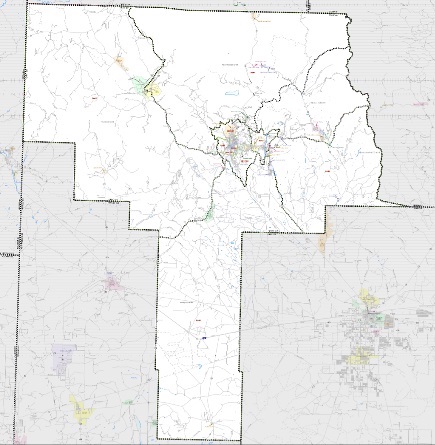 This map of Grant County is from the 2020 Census. (The image was provided courtesy of the U S Census Bureau, 2021.)

The racial composition of Grant County has changed since 2010.

The number of Native Americans ("American Indian" is the term used by the U S Census Bureau) increased from 400 people in 2010 to 588 persons in 2020; this group represented 2.1% of the total population in the County. The increase in this group during this ten-year period was 47%.

The race of individual residents was largely done on a self-reporting basis. As the nation's culture has changed, self-identification by many Americans has changed. A number of people now identify with multiple races rather than just one race.

That percentage is similar to the percentage of New Mexicans that were Hispanic or Latino in 2020: 47.7%. This represented an increase in this group of 6.0% statewide from 2010 to 2020. Throughout the U S, individuals that were Hispanic or Latino increased 23.0% during the same ten-year period. Individuals who were in this group represented 18.7% of the overall population – 62, 080,044 persons – of the country.

In the next edition of The Chronicles Of Grant County, we'll review information from the 2020 Census for the individual communities within Grant County.