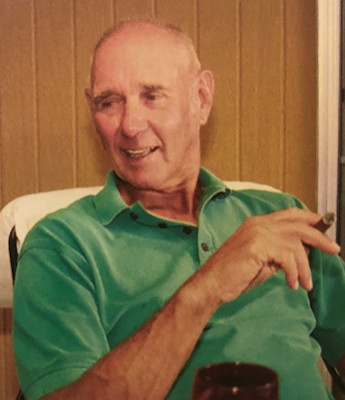 Kenneth H. Havens Sr. entered eternal rest on Wednesday, October 7, 2020. A Graveside Service will be held at the Masonic Cemetery on Saturday, October 17, 2020 at 10:00am.  He was born October 1930 in Squankum, NJ to Byron and Minnie Havens. After high school Ken joined the Air Force and was stationed in Japan. While in the Air Force Ken met his first wife Shirley Gurba at a USO dance in Seneca Falls, NY and they were married in 1952. Ken was discharged in Phoenix, AZ and became a carpenter and worked his way up to supervisor.  While in Phoenix Ken and Shirley had their three children.

In 1965, they relocated to Silver City, New Mexico for three months. They lived in Old Tyrone for a year and moved to several houses in the Silver City area and moved to his current house in 1980. Ken started his successful contracting company called Havens Construction in 1968 and sold it to his daughter and son-in-law, Karen and Mike Roberts in 1996. During his life in Silver City he was a proud member of the First Presbyterian Church, President of the Prospectors, a member of the Elks Club, Life member of the Masons, Lions Club President, District Governor and awarded the Melvin Jones Fellow Award. He was elected Mayor of Silver City from 1989-1991, where he started the solid waste disposal program. He was recognized as Citizen of the year in 1994. His hobbies included water skiing, horses, his family and, of course, golfing.

After the passing of his first wife Ken found love again with his second wife Carolyn Quinn. Ken was a true example of what it means to love others before yourself. He was a kind and loving man and will be greatly missed by his family and friends. He is preceded in death by his father Byron, mother Minnie, brothers Earl and Ozzy, and sister Rose, wives Shirley and Carolyn. He is survived in death by his children Kenneth H. Havens Jr., Karen A. Roberts, and Andrew W. Havens, his eight grandchildren, and eighteen great grandchildren. We love you and will always miss you. Bright Funeral Home is in charge of arrangements, “A Loving and Caring Place to Celebrate, Honor, and Remember a Life Lived”, 210 W. College Ave., Silver City, New Mexico 88061. Remembrances can be made at www.hbrightfuneral.net