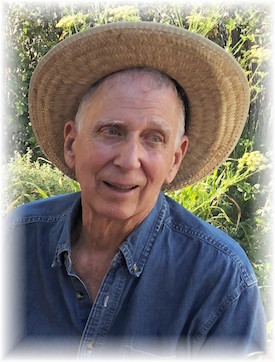 Richard Stephen Felger, ethnobotanist, worldwide desert researcher, poet, champion of sea turtles, and visionary proponent of dryland food crops, passed away peacefully at his home in Silver City with his wife by his side on October 31, 2020. He was 86.

Born in Los Angeles, he became fascinated with beach drift and tidepools in early childhood. A gift of cacti and succulents for his eighth birthday set his course as a botanist, and by high school Richard had found mentors who recognized his calling. A holiday field trip from L.A. through the Sonoran Desert into the tropical forest of Álamos, Sonora, Mexico, was the fulcrum on which his future life would turn.

Richard attended the University of Arizona because it was in the Sonoran Desert and near the Mexican state of Sonora, where he returned at every opportunity. By the time he finished his dissertation on the vegetation and flora of the islands and Gulf Coast of Sonora, he had formed a lasting connection with the region’s Native residents, the Comcaac (Seri) and Yoeme (Yaqui) people, as well as its plant life.

After receiving his Ph.D. from the University of Arizona, Tucson, in 1966 he served on the faculty of the University of Colorado, Boulder, then as Senior Curator of Botany at the Los Angeles County Museum of Natural History. His political activism and involvement with population and environmental studies led to friendships with notable artists and scientists including John Brandi, Michael McClure, Allen Ginsberg, Gary Snyder, and Paul Ehrlich. His friends encouraged Richard to publish a limited-edition volume of poetry, Dark Horses and Little Turtles, in 1974.

Returning to Tucson, he worked at the Arizona-Sonora Desert Museum from 1978-82, founding its research department. He was active in regional and international conservation, including pioneer conservation of Pacific Coast sea turtles. In 1988 Richard founded the Drylands Institute in Tucson and was Executive Director until 2007. He also served as Adjunct Senior Research Scientist at the UA Environmental Research Laboratory and Associate Researcher at the UA Herbarium.

Strongly interested in addressing world hunger through agricultural independence for arid regions, Richard advocated the use of perennials for no-till agriculture of food crops to fit to the land rather than changing the land to fit the crop. He pioneered development of mesquites as a global dryland food crop and worked with nipa, a rice-sized grain that thrives with pure seawater. Since moving to Silver City in 2006, Richard embraced the bioecology of the Chihuahuan Desert and recognized that native food plants used by the Apache people could contribute to food resiliency in a dry world. A popular fieldtrip guide and speaker for the Gila Native Plant Society and other environmental groups, he mentored young people and actively engaged area residents of all ages in planting and cultivating native grass crops and mesquite.

A prolific writer, Richard authored or co-authored over 100 peer-review publications as well as books and popular writings in desert botany, ethnobiology, new food crops, and other fields. In 2020 alone, two major scientific books and a professional journal article co-authored by Richard were published and his poetry book was re-released after decades out of print. Another collaborative work, Field Guide to The Trees of the Gila Region of New Mexico, is slated for release by UNM Press next spring. More information can be found on Richard’s website, https://www.desertfoodplants.org/.

Richard Felger is survived by Silke Schneider, his wife, best friend, soulmate, and life partner of 26 years. He is also survived by his niece and her husband, Drs. Tracy and Michael Rosberg; nephew Brad Felger; cousin Nancy Israel; and a host of friends and colleagues. He was predeceased by his parents, Dr. Louie Felger and Sadie Pincus Felger, and brother Danny Felger.

Per Richard’s wishes, no services will be held. A celebration of his life will take place at a later time. Contributions can be made in his memory to the Gila Native Plant Society (PO Box 457, Silver City, NM 88062) the Arizona Native Plant Society (PO Box 41206, Sun Station, Tucson, AZ 85717); or the University of Arizona Herbarium (1130 E. South Campus Dr., Herring Hall, Tucson, AZ 85721).

Cremation has taken place at Terrazas Crematory.  Arrangements are with Terrazas Funeral Chapels and Crematory “Trusted care for the ones you love” ~ 575-537-0777.  To send condolences, visit www.terrazasfuneralchapel.com.