To the Point with Mick Rich

Mick Rich will provide articles once or twice a week. Some will address New Mexico issues and some will talk about national issues.

Why the Hurry to Elect New NMGOP Leaders?

Has anyone explained why the 2020 and 2022 elections were a disaster?

As a young construction manager, there was an occasion when the construction crews were standing around waiting for me to make a decision. I knew how much money they cost every minute they looked at me. I told the foreman, "Do something even if it is wrong. That is better than your crew standing around doing nothing." (I later had to clean up the mess for the "doing something" and never repeated it) The NM GOP Leaders must have heard me say those words because that is what they intend to do on December 3, elect new leaders. NMGOP Delegates have another choice.

At the upcoming convention, the NM Republican Delegates (NMGOP-D) should make and pass a motion to postpone the forthcoming election for new NMGOP leaders for forty-five days. This will allow the NMGOP-D to understand why the 2020 and 2022 elections were a disaster and how not to repeat those failures.

USA Pulled Out All the Stops for Their 1980 Miracle

Are New Mexico's Republicans willing to do the same? 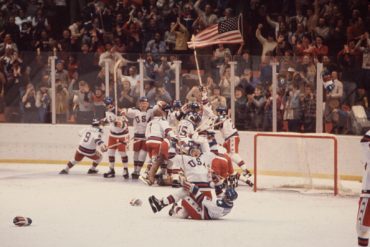 To the County Party Officials
Thank you for your efforts. Organizing and energizing volunteers is demanding work.

They are trying to banish Free Thinkers. 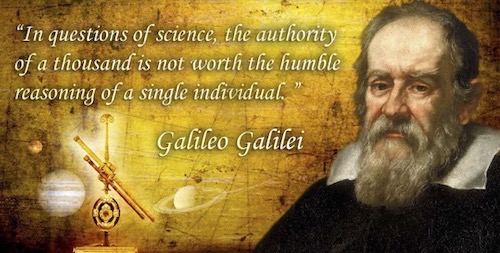 Most New Mexicans live in one of the cities along the Rio Grande, while the rest are scattered across rural New Mexico. In my travels across the state, neither "city folks" nor the "country folks" trust or understand each other. The newspapers and media contribute to that divide, which is most apparent during the election season.

A newspaper editor wrote that it was hard to choose between the two candidates for the NM CD-2 race because she was a political moderate. I smiled; just because the editor is just right of her fellow liberal writers does not make her moderate, only slightly less liberal. An average person does not label themselves as moderate. Their actions do. The same can be said of the newspapers.

The Rio Grande Newspapers published Jon Hill's letter to the editor seeking volunteers for their bipartisan organization. A scan of the letter indicated it was a partisan organization, and a more straightforward search uncovered it was a Super-PAC supporting the NM CD-2 Democrat candidate.  When I notified the newspaper's editors of their error of judgment, it was met with silence.

Is BlueCD2NM Doing the Dirty Work for the Lincoln Project and Vasquez for Congress?

Is Gabe Vasquez okay with the BlueCD2NM racist digital flyer?

JointheUnion webpage, THE UNION IS COALITION OF PRO-DEMOCRACY ORGANIZATIONS PAID BY THE LINCOLN PROJECT.
JoinTheUnion website states, "The Union will connect people with the right jobs, teams, and tasks to empower them to fight back and win. We'll help match your drive and skills with causes, campaigns, and candidates who need your help to save this nation." The Lincoln Project's The Union is more than a website host; they recruit, screen, and place grassroots volunteers into their Partner Organizations across the country. The Union's only partner listed in New Mexico is BlueCD2NM: https://www.bluecd2nm.com/.

Excerpt from Albuquerque Journal's "Letter to the Editor" section 09.25.2022
BlueCD2NM big push for their grassroots campaigning for Vasquez for Congress started with their "Letter to the Editor" campaign. The Albuquerque Journal published one of those letters on September 25, 2022, "New pro-democracy group active in NM," by Jon Hill of Las Cruces." Stated," … Right now, we are mobilizing people to take party knocking on doors, conducting phone banking, showing up at rallies, writing letters to the editor, being active on social media…." It ended with, "Do you share our concern about the future of our democratic republic? Can you help? Check us out at Jointheunion.us."  The JoinTheUnion webpage informs applicants that their contact information would be forwarded to the appropriate organization; in New Mexico, that organization is BlueCD2NM.

Why would The Lincoln Project use BlueCD2NM as its tool?  BlueCD2NM; their mission is  "To elect Gabe Vasquez to Congress; they can perform activities that Lincoln Project or Vasquez for Congress cannot do or do not want to be associated with.

The Lincoln Project, BlueCD2NM, nor Vasquez for Congress could have had a letter to the editor published advertising for political volunteers. But BlueCD2NM did have their zero-cost advertisement for volunteers published under the banner JoinTheUnion, a bi-partisanship organization. The Albuquerque Journal and the Las Cruces Sun never realized they were misled. Otherwise, they would grant Herrell for Congress equal access to the Letter to the Editor Column. 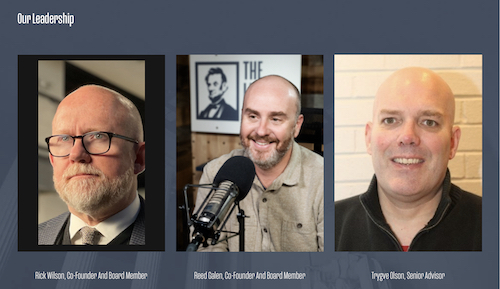 BlueCD2NM is doing what the Lincoln Project/JoinTheUnion and the Vasquez for Congress do not want to be associated with. BlueCD2NM created an anti-Yvette Herrell graphic that could be downloaded and used for flyers and social media. At best, the BlueCD2NM image of Rep. Herrell is childish and, at worst, racist. They photoshopped Rep. Herrell's campaign photo; the rosette on her blouse and earrings was changed to a virus, her great smile changed to a frown, and they "bleached" her warm complexion to harsh white.

The Lincoln Project, JoinTheUnion, and the Vasquez for Congress campaign activities may not violate Federal Election Laws. But we can judge them on their actions of hidden relationships, betrayal of their volunteers, and attempts to divide us by the color of our skin. We have enough divisive politicians in Washington without adding Gabe Vasquez to the pile.
Call the Lincoln Project and tell them we are not buying what they are selling. Call BlueCD2NM and tell them we are voting on the content of the character, not the color of the skin. Call Vasquez for Congress and tell them you are disappointed that Gabe Vasquez is just another Santa Fe Democrat.

A Tale of Two Cities—immigration-style

Santa Fe Democrats, Senators Joseph Cervantes of Dona Ana County and Daniel Ivey-Soto of Bernalillo County admitted in an Albuquerque Journal article that New Mexico has a problem—Spaceport America. Spaceport America was located, designed, and built specifically for Virgin Galactic, and they are not meeting their half-billion-dollar obligation to New Mexico. 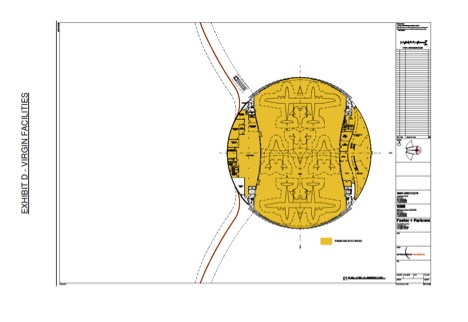 Spaceport America Facility was designed and built only to store and maintain Virgin Galactic's fleet.

My Journey on the John Muir Trail

Discovering a new sense of purpose 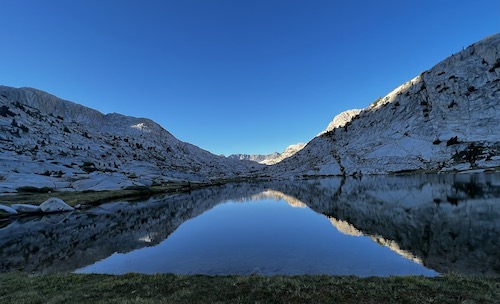 Morning on JMT, photo by Mick Rich
My solo backpacking trip on the John Muir Trail was more than just the 110 miles I hiked.