[Editor’s Note: This is the first of a multi-part series of articles on the special meeting on July 27, 2021 and talks about the fiscal year 2022 budget.]

This Grant County Commission special meeting took place on July 27, 2021, specifically to approve a resolution on the fiscal year 2022 budget.

The commissioners already hashed out their various opinions on the budget in prior meetings. This one was no different. District 5 Commissioner Harry Browne made a motion to approve the final budget for fiscal year 2022 “for discussion purposes.”

Grant County Financial Officer Linda Vasquez said it had not changed since the preliminary budget except for a transfer out of the General Fund for debt service. “The budget includes a 3 percent salary increase and an 8 percent increase for half a year for health insurance.”

Grant County Sheriff's Office deputies were dispatched to the Grant County Detention Center on July 12, 2021, in reference to a complaint of a suspicious package outside the facility. According to a GCSO press release, deputies found a "white crystal-like powdery substance" inside the package along with other items. The substance tested presumptively positive the next day for methamphetamine.

An investigation resulted in arrest warrants being issued for one GCDC officer and two inmates being held at GCDC, the release said.

On July 27, 2021, at approximately 10 a.m., Grant County Sheriff Office deputies were following up on information acquired in reference to an aggravated burglary complaint received earlier in July at the Motel 6 in Silver City.

Grant County Sheriff's Office deputies were called out in the early morning of Monday, July 19, 2021, to Arenas Valley in reference to a physical domestic complaint. According to a GCSO press release, deputies issued a warrant for the arrest of Michael Anthony Gomez of 32 Old Arenas Valley Road who had battered his girlfriend of eight years and had left prior to the deputies' arrival.

GCSO warns in no case should Gomez be approached but asks anyone with information on the whereabouts of Gomez to call the Grant County Regional Dispatch Authority at 388-8840 or 911, if conditions require.

At its Tuesday, July 27, 2021 meeting, the Silver City Town Council approved two special dispenser permit applications brought by Anthony Quintana of Q's Southern Bistro. One was for a Knights of Columbus Car Show scheduled for Aug. 7. This event will take place at Gough Park with the vehicles restricted to part of the basketball court and will feature a beer garden with sales between 11 a.m. and 6 p.m.

The second approval was for the planned Carnitas, Musica, y Mas Festival to be held Sept. 3-5, also with a beer garden, with sales between 12 a.m. and 11 p.m. on Friday and Saturday, Sept 3 and 4, and between 12 a.m. and 9 p.m. on Sunday, Sept. 5. The entire park will be surrounded with a 6-foot high fence, Quintana said, and he stated that selected people will be roaming the park to see rules are being followed. Professional security will be provided by the Silver City Police Department, with 4-6 officers, or as many officers as needed, Chief Freddy Portillo told the Beat. Pets, backpacks, and smoking will not be allowed and there will be only one entrance and one exit. Festival goers will be carded at the door and re-carded at the bar when they buy their beer, Quintana said, to ensure minors are not getting alcohol.

District 3 Councilor Jose Ray Jr. stated that he had talked to Grant County Sheriff's Office staff and they planned to send deputies to help with security.

Silver City, NM – The Western New Mexico University Board of Regents came together both virtually and in person Tuesday to approve measures that will advance the institution through the coming fiscal year and beyond, also sharing their evaluation of WNMU President Dr. Joseph Shepard's performance.

After hearing an informational report from Dr. Shepard, the board passed a change to the faculty remote work policy, which establishes guidelines for short- and long-term remote work assignments, considering technological advances along with market demand for online and distance education.

They then reviewed and approved funding for fiscal year 2022-23 research and public service projects, including an increase of $750,000 to the Mustang Athletics appropriation for the purpose of adding women's soccer and baseball and a new request of $1 million for the WNMU Early Childhood Program Center of Excellence, where teachers will be prepared with the knowledge and strategies to support children dealing with adverse experiences in becoming resilient learners. Allocations approved as part of this vote will also go to the WNMU Center for a Sustainable Future, WNMU Center for Student Success, WNMU Veterans Center, WNMU Rural Public Safety Training Institute and Police Academy, and Mimbres Press at WNMU. With the board's support, the funding requests will now go to the state Higher Education Department for approval and to the legislature for final consideration.

Photos Courtesy of the rodeo organizers 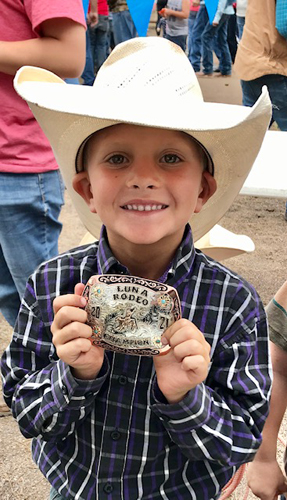 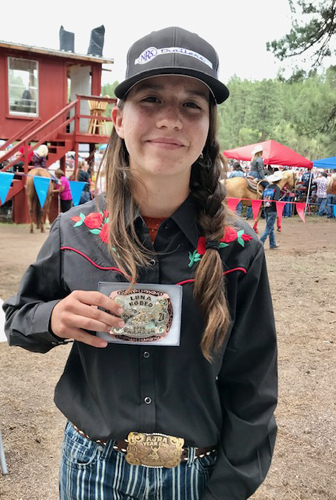 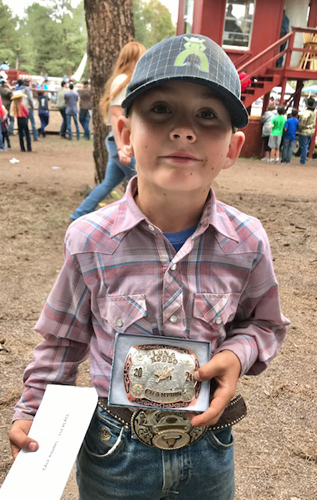 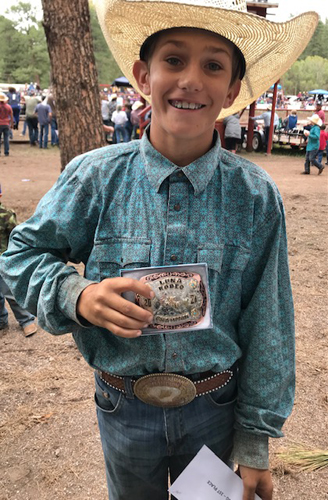 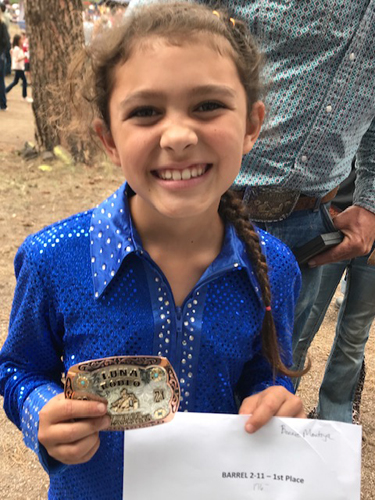 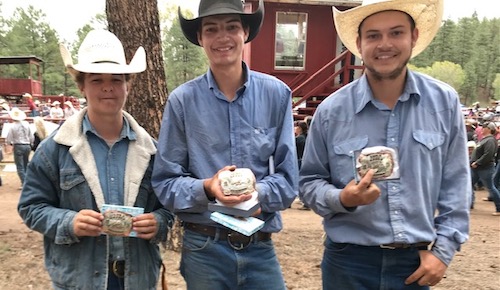 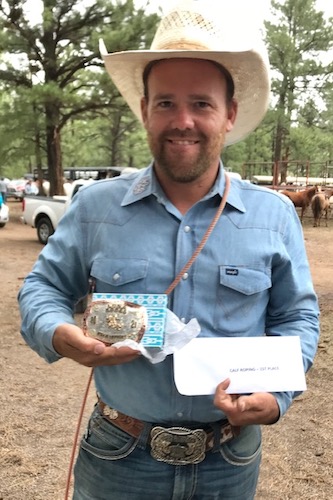 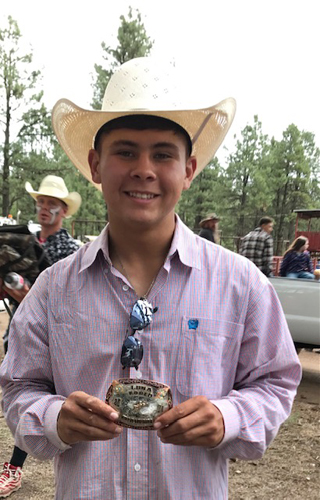 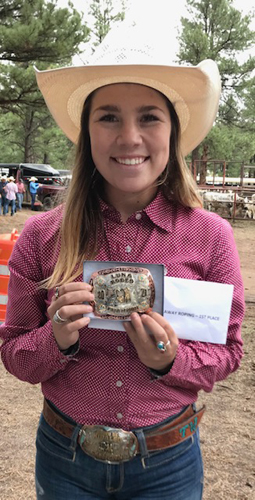 The 2021 Luna Pioneer Rodeo, held on Saturday, July 24, 2021, drew a large crowd to the tall pines of western New Mexico for rodeo action in a dozen events. The rodeo was dedicated to Corwin Hulsey and Ricky Chavez, who passed this last year and were long time supporters and volunteers of the rodeo. The rodeo, known for a good time and an afternoon cloud burst, was true to its nature and the crowd and participants continued on in the rain and mud.

The egg toss is also another unique rodeo event.