The Chronicles of Grant County
07 October 2020 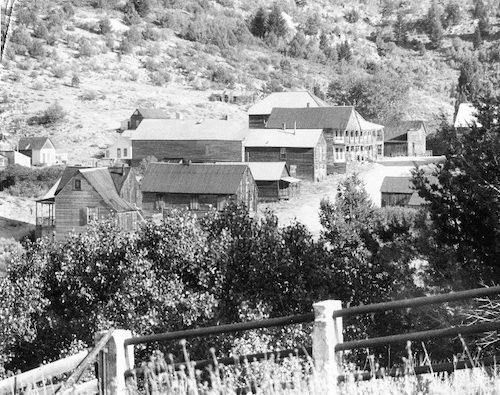 A view of Silver City, Idaho, in 1975. (The photograph was provided courtesy of the Idaho Hotel, 1975.)Silver City in New Mexico is similar, yet different, from a community with the same name in Idaho. Today, tourists visit both Silver Cities. Historic districts in both locales are included in the National Register of Historic Places. Each community was founded in the latter half of the 19th century. Both owed their development to mining operations. The Florida Mountains are near Silver City, New Mexico; Florida Mountain is located near Silver City, Idaho.

At its peak, the Silver City in Idaho had more residents than today's Silver City in New Mexico. The Silver City in the southwestern United States continued to grow through the years with a population today that is about five times larger than its early population, while almost all of the people living in the Idaho town moved away from that locale before the middle of the 20th century.

In its heyday, Silver City, Idaho, had a substantial impact on the growth of Idaho.

"After rich gold and silver deposits were discovered in the Owyhee Mountains of southwestern Idaho, dozens of mining camps sprang into existence; one being Ruby City, where the Idaho Hotel was originally established in 1863," according to a statement from the Idaho Hotel. "In July of 1866 a large three-story wing was added. However, that same year Ruby City lost the county seat to its two-year-old rival, Silver City, a mile up Jordan Creek. Soon, many homes and store buildings were moved from Ruby City to Silver City in order to capitalize on the business generated in the new county seat. Later that year, the hotel's new wing was dismantled, loaded piece-by-piece onto sleds and skids, and pulled up the snow and ice covered road by oxen to its new site in Silver City. It was reassembled, and a three-story addition was built…"

Silver City was one of the first places in Idaho to be able to utilize electricity. The electric current was generated through the Swan Falls Dam. According to the Library of Congress, the "Swan Falls Dam was the first hydroelectric dam on Snake River in Idaho, and one of the earliest built in the Pacific Northwest…The dam was built to supply power for the operation of gold mines in Silver City, Idaho, which [had]…long previously run out of wood for fuel. It soon supplied power for Silver City, Nampa, Caldwell, and other Idaho towns."

The photograph below shows a "view of [the] downstream side of [the] spillway [of the Swan Falls Dam], showing road grade and lava formations in [the] right canyon wall, looking east northeast toward [the] right bank from [the] left bank," according to a description provided by the Library of Congress.

This dam "…made possible the full development of the gold mining potential of the mountains near Silver City…Its power contributed to the development of traction trolleys in the Boise Valley, to the development of irrigation in the Gem Irrigation District, and to the lighting of many small towns in the area," stated the Historic American Engineering Record prepared by the Western Regional Office of the National Park Service. "Further, the construction of the dam in a physically challenging and isolated part of the country is a tribute to the ingenuity, courage, and optimism of its builders and the pioneers of the State of Idaho."

The Silver City Historic District in Idaho includes its namesake town as well as a number of other early mining towns in the southwestern part of the state. A total of about 10,240 acres – sixteen square miles – are included in this designated area. Sections of the Idaho Hotel have been restored, and this business continues to operate in Silver City. 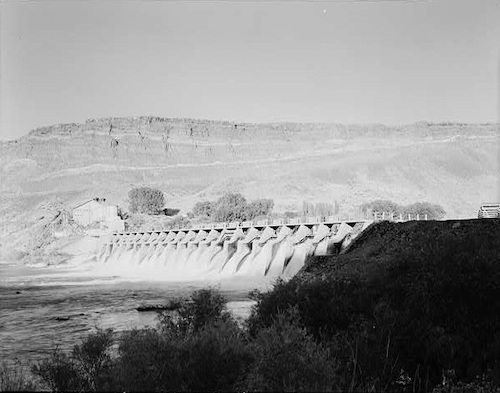 The Swan Falls Dam was built to supply electricity to the mines in Silver City, Idaho. (The photograph was provided courtesy of the Library of Congress, date uncertain.)