The Chronicles of Grant County
24 March 2021 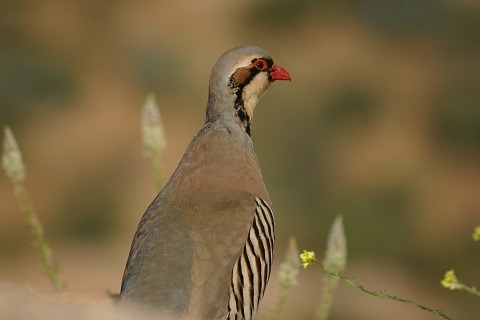 This image of a Chukar was provided courtesy of Stephen D through Pixabay.

Four roadways just outside of the borders of the Town of Silver City are named after game birds. Bob White Drive, Chukar Road, Partridge Avenue, and Pheasant Drive are each located off of Ridge Road. Bob Whites, Chukars, Partridges, and Pheasants are types of birds.

There are a number of individual species of Bobwhites, with the Northern Bobwhite apparently the most common in the United States. "These highly social birds are known for whistling their name, 'bob-white,' with an upward sweeping pitch," according to the U S Fish and Wildlife Service. "Because of their small size and their diet requiring small insects, these birds thrive in native warm-season grasslands bordered by young forest. At night they roost in a covey on the ground in an outward facing circle. Bobwhites have been in sharp decline since the early 1900s, likely owing to habitat loss and changes in agriculture. This has made them a high priority in conservation across the country." Northern Bobwhites, according to the New Mexico Department of Game and Fish, live in sections of eastern New Mexico.

According to the United States Department of Agriculture (USDA), Chukars eat a variety of seeds, grasses, and grains, ranging from barley to clover and from oats to sagebrush. Chukars also eat insects. This variety of bird, originally from southern Asia, was successfully introduced into several areas of the United States. That's according to several documents from the Federal agency. Chukars are also known as "Chukar Partridges."

You can hear sounds of Chukars by clicking here for a link provided courtesy of the Cornell Lab of Ornithology.

Many may know of Partridges because of a specific song heard during the Christmas season ("On the first day of Christmas my true love gave to me, A Partridge in a pear tree…") or from a popular television series ("The Partridge Family") from the early 1970s. Partridges are not necessarily found in pear trees (or on refurbished school buses), but Partridges do have wide habitats throughout America and beyond.

Pheasants need "good habitat," according to Natural Resources Conservation Service of the USDA: "The habitat components that are most important to upland game birds are winter cover, nesting cover, and brood cover. Water is also a necessity for upland birds, but Pheasants (and quail) usually get their water requirement from dew and from the foods they eat, so don't require an available supply of open water." Grasses and legumes are among the food sources eaten by Pheasants, so states a document from the USDA. 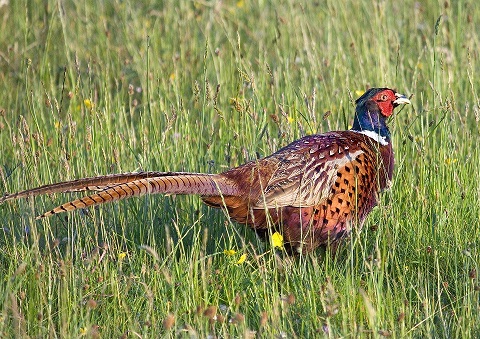 The image of a Pheasant was provided by Andy Ballard through Pixabay.