Faywood After It Became Faywood

The Chronicles of Grant County
29 September 2021

Faywood After It Became Faywood 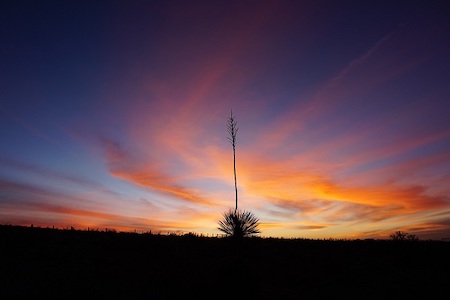 A yucca stood tall during a desert sunrise in Faywood. (The photograph was provided through Flickr by Mike Lewinski, December 19, 2015.)

A yucca stood tall during a desert sunrise in Faywood. (The photograph was provided through Flickr by Mike Lewinski, December 19, 2015.)

On February 28, 1900, The Las Vegas Daily Optic reported that "T. C. McDermott of Edgerton, Minnesota, was the recent purchaser of the equity of the personal property of the Hudson Hot Springs and sanitarium company down in Grant County."

About a week later, on March 7, 1900, the Santa Fe New Mexican included a news article on its front page that stated that "The Casa del Consuelo at Hudson Hot Springs, Grant County, has been reopened by T. C. McDermott...He has Chicago and Minnesota capitalists interested with him in the Hudson springs property, and will make it one of the leading resorts of the southwest..." In the Spanish language, "Casa del Consuelo" is translated to "House of Comfort" in the English language.

A few months later, on July 27, 1900, the Santa Fe New Mexican reported that "The name of the hotel Casa del Consuelo at Hudson Hot Springs has been changed by Manager McDermott to 'Faywood' and will be so known in the future."

The name "Faywood" came from the names of two of the three founders of the Faywood Hot Springs. In addition to Mr. McDermott, J. C. FAY and William LockWOOD (emphasizes added) were the owners of this lodging property.

The name of the local rail station on the Santa Fe Railroad was changed from "Hudson" to "Faywood," according to a news article dated November 22, 1900, in the Albuquerque Journal. The next day, the same newspaper noted that in addition to the name change at the rail station, "...the Hot Springs are hereafter to be known as Faywood Hot Springs."

The name of the community surrounding the hot springs, as noted in a previous edition of The Chronicles Of Grant County, has varied through the years. In many cases, a community's name is the same as the same of its post office. A document from the Post Office Department of the United States, provided courtesy of The U S National Archives and Records Administration, confirmed that the name of the post office for this community was changed from "Hudson" to "Faywood" in 1901.

Advancements in communications began at the turn of the last century when plans were announced that a telephone line would be installed between Faywood and Deming, according to a news article dated October 19, 1901, in The Deming Headlight.

Humans weren't the only ones who benefitted from the hot springs at Faywood. The Albuquerque Evening Citizen, on May 19, 1906, detailed how Mrs. T. C. McDermott, the wife of the proprietor of the Faywood Hotel, was "...an enthusiastic poultry raiser. She raised over 800 chickens last year and an equally large number this year...An average of 1,000 eggs a week are gathered from this ideal chicken farm..."

A news article dated January 1, 1952, in the same newspaper indicated that the Faywood Hotel was demolished "recently." Reports from various sources indicated that the lodging facilities had been in decline for a number of years.

Ownership of the land changed through the years, with new owners updating and enhancing resort operations starting in the 1990s. 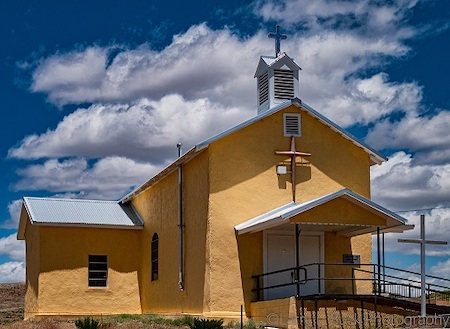 The San Jose Roman Catholic Mission Church is located in Faywood. According to a statement from the Diocese of Las Cruces, this is a mission of the Infant Jesus Roman Catholic Church of Hurley. (The photo was provided courtesy of Larry Buck, New Mexican Photographer, through Flickr, May 20, 2019.) 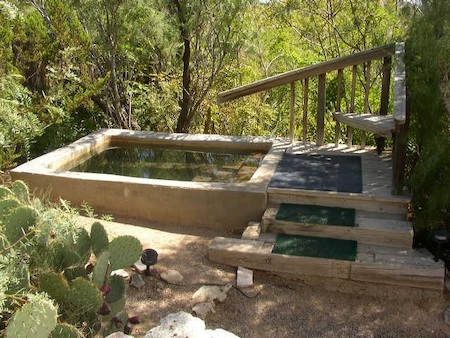 A pool at the Faywood Hot Springs. (The photograph was provided courtesy of Joseph Pavlic through Flickr, July 12 2008.)