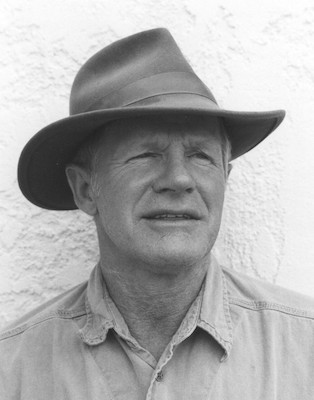 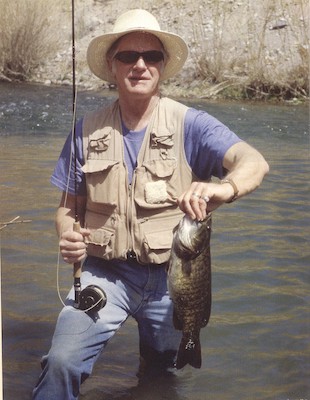 The text of this page is released under the Creative Commons Zero Waiver 1.0 (CC0).

SALMON: M.H. “Dutch” Salmon, 73, passed away on Sunday, March 10, 2019, at Memorial Medical Center in Las Cruces after a short battle with pneumonia.

Dutch was born in Syracuse, New York, on March 30, 1945, to Jacqueline Talley Salmon and John Pomeroy Salmon. He attended high school at Nottingham High School in Syracuse, and The Winchendon School in Winchendon, Massachusetts, and after a short stint at the University of Michigan, transferred and graduated with a degree in English and History from Trinity University in San Antonio in 1967. He taught school in the San Antonio area from 1968-1971 before moving to Minnesota to begin his life as an outdoorsman and writer.

He moved to New Mexico, first in Catron County, and later to Grant County, in 1981. In the spring of 1983, he took a hiking and canoe trip from the headwaters of the Gila River down to Safford, Arizona with a hound dog and a tom cat. In those days, the river was in danger of being dammed and he wanted to see it in its natural state for, perhaps, the last time. The story of the trip turned into his best seller, Gila Descending, and launched his founding of the Gila Conservation Coalition and his lifelong work to preserve the free-flowing Gila. Dutch was a mentor to Gila River advocates throughout his conservation career and inspired steadfast commitment to the Gila’s protection among all who knew him and worked with him.

He is the author of ten published books. Gazehounds & Coursing -- The History, Art and Sport of Hunting With Sighthounds; Gila Descending -- A Southwestern Journey; Home is the River (novel); Tales of the Chase -- Hound Dogs, Catfish, and other Pursuits Afield; Signal to Depart (novel); The Catfish as Metaphor -- A Fisherman's American Journey; Country Sports – The Rabid Pursuits of a Redneck Environmentalist; Gila Libre: The Story of New Mexico’s Last Wild River; Forty Freedoms (novel); and Country Sports II – More Rabid Pursuits of a Redneck Environmentalist.

He founded High-Lonesome Books in 1986 and was still involved in publishing, writing and selling books at the time of his death.

He loved to chase jackrabbits and coyotes with his own special breed of sighthounds in the winter months. And when it got too hot to take the dogs out, he’d grab his fishing rods and backpack and take to the Gila and wild places near and far, fly fishing and bait fishing in rivers and lakes. And in the spring when the Gila and other southwestern rivers were ‘just right,’ out would come the old Coleman canoe for yet another adventure. Luckily for us, he wrote about it all. His greatest love however, was his son, John Pomeroy “Bud” Salmon II in whom he instilled his love for all things outdoors.

He is survived by his wife of 27 years, Cherie Salmon, their son, John Salmon, his brother Jeff Salmon and wife, Mary Anne of Alexandria, Virginia, and his two nephews, Paul Salmon and Will Salmon, and numerous adult cousins and their families.

If you wish, memorial contributions in Dutch’s name may be made to the Gila Conservation Coalition, 305A North Cooper Street, Silver City, NM, 88061. https://www.gilaconservation.org/wp/?p=2739

A Celebration of Dutch’s Life will be held on March 24 at 1:00pm at the Murray Hotel Ballroom, 200 West Broadway, Silver City.