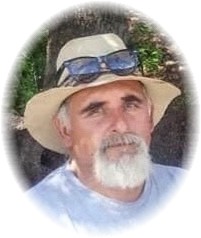 Gilbert J Torres “Junio”, 56, a devoted husband, father, and grandfather passed away peacefully and lovingly surrounded by his wife, children, and grandchildren on October 4, 2020 in Phoenix, AZ. Gilbert was a life-long resident of Arenas Valley, NM. He was born on November 26, 1963 in Stanton California to Gilbert and Frances Torres.

Gilbert is survived by his wife Karen of 37 years; three sons, Gilbert Torres Jr (Amber) of Arenas Valley, NM, Albert Torres (Alexandrea) of Silver City NM, and Sonny Torres of Arenas Valley, NM; two daughters Tanya Maldonado (Byron) of Arenas Valley, NM, and Krystal Torres of Silver City, NM; and nineteen grandchildren who he loved dearly. His mother Frances Torres of Deming, NM, and one sister and one brother also survived him. Adrian Melon Jr., a dear family friend was someone Gilbert thought of as a son. Last but not least, Gilbert left behind an overabundance of old, rusty, classic cars and trucks that, unfortunately for you, ladies and gentlemen, will still not be for sale.

Gilbert was preceded in death by his daughter Elvisa Torres, his father Gilbert Torres, and his sister Toni “Torres” Orozco.

Gilbert was a kind, loving, honest, and hardworking man. He married his middle school/high school sweetheart and they were inseparable since. They built a beautiful family and life together. He proudly worked for the Town of Silver City at the shop as a full time mechanic for 25+ years, thanks to Art Sierra. Gilbert devoted his extra time away from work to his wife, kids, and grandkids. At a very young age he developed a passion for working on and restoring classic cars with his dad and uncles. Later he became a member of Devotion Car Club and The Royal Image bike club. When Gilberts sons were born his passion grew and he taught his sons, and later his grandsons, to share the art of classic car restoration. They attended car shows as a family and often entered their own cars. Gilbert and his sons helped their Tio restore and finish his old car so that he could “enjoy it before he couldn’t.” He was always available to help his aunts and uncles with anything and everything they needed, and he taught his sons to do the same. Gilbert was an avid outdoorsman and spent a lot of his family time with his wife, children, grandchildren; his closest in-laws Richard and Terry Ybarra along with their children and grandchildren camping, hunting, fishing, and exploring the outdoors. He took great joy in attending sports events to watch his grandchildren play and he found humor in yelling their embarrassing nicknames he had given them. He shared his interest and passion of gardening and raising animals with his family and especially enjoyed feeding the animals and gardening with his granddaughter Lola. Although one daughter continuously attempted to have him get rid of some of the animals and his classic cars he stood his ground and outright refused. Gilbert had a heart of gold and was willing to help anyone and everyone. He especially loved being called to help his Tio’s, Tia’s, his cousins, and friends because family was everything to him. He will be deeply missed by all who knew and loved him.

Visitation will be Thursday, October 15 from 5-6pm at Terrazas Funeral Chapels with the holy rosary being recited by Deacon Art Gutierrez to begin at 6pm. The funeral mass will be celebrated on Friday, October 16 at 10am at the St. Vincent de Paul Catholic Church in Silver City with Father Oliver Obele officiating. Pallbearers are Chris Dominguez, Larry Martinez, Perry Childs, Mike Barragan, Andrew Cuellar, Mikey Ybarra, Richard J. Ybarra, and Gilbert Sanchez. Honorary pallbearers are Abel Misquez and Andy Chavez. Concluding service cremation will take place at Terrazas Crematory. Arrangements are with Terrazas Funeral Chapels and Crematory “Trusted care for the ones you love” ~ 575-537-0777.  To send condolences, visit www.terrazasfuneralchapel.com.