Loyd or as many knew him as Slim Reed passed away Sunday January 3, 2021.He was under Hospice care and living with his son Bryan and Laura in Camp Verde, Arizona. 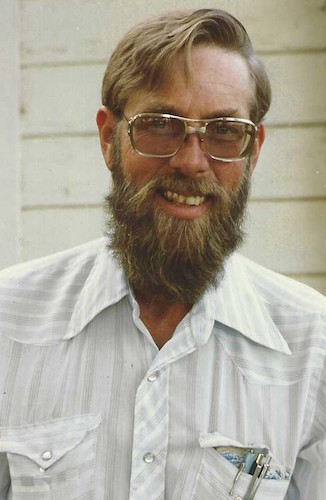 Loyd is preceded in death by his son, Jake Alan Reed; his Mom and Dad Loyd (Jiggs); and Marcella Reed.

Loyd was an avid hunter and one of his many hunts was a javelina that set the New Mexico state record at the time in 1965.

He had a great love of the outdoors from early childhood thru his life - lots of fishing, archery, hunting raccoons, and of course hunting deer. He served in the Air Force after high school graduation, spending time in Japan and ending up in Kalispell, Montana where he met and married his first wife Connie La Bere. They had two daughters and a son. He worked for Southern Pacific pipeline on the maintenance department and took care of the line between El Paso, Texas and Tucson, Arizona. He later married his second wife Shirley Kerr and they had two sons. He was transferred out to California to work where he joined the corrosion department with Kinder Morgan. He then met his faithful partner of 35 years, Sandi Streeter, and later retired in 2013. In 2019 for health reasons he moved to Camp Verde Arizona to live with his son Bryan and his family.

Loyd loved his birds especially the dove he nursed back to health that wouldn’t leave his side and his many dogs, especially Murphy. He enjoyed raising and hunting with treeing Walker coonhounds.

He was a 32nd degree Mason and a member of the Cherry Valley Bowhunters.

Loyd will be laid to rest at the family plot in Mule Creek, New Mexico. Bright Funeral Home is in charge of arrangements, “A Loving and Caring Place to Celebrate, Honor, and Remember a Life Lived,” 210 W. College Ave., Silver City, New Mexico 88061.  Phone 575-388-1911. Remembrances can be made at www.hbrightfuneral.net