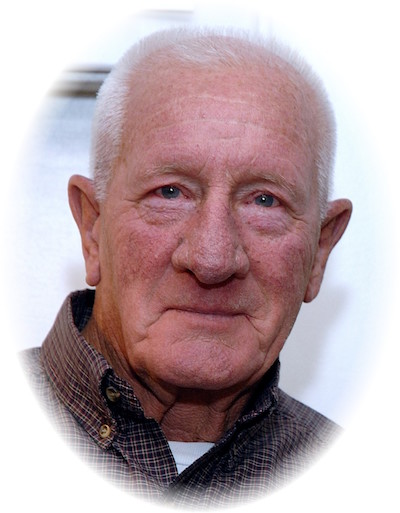 Edward Lawrence Reynolds, 93, passed away on Tuesday, June 28, 2022, at the Hacienda at Grace Village in Las Cruces, NM.

Ed was born in Bisbee, Arizona on February 15, 1929 to Edward and Josephine Carter Reynolds. He attended high school at Bisbee High School, graduating in 1947. After high school he moved to California where he worked at American Potash & Chemical Company for several years. He was drafted into the U.S. Army in 1951 and served his country for two years in the Korean conflict, eventually being discharged in 1956 with the rank of Sergeant. Upon his return to the states, he worked at Phelps Dodge in Bisbee where he married Bobbie Ruth Sanders and started his family. He was transferred to Tyrone, NM in 1969. Later, he worked as a maintenance foreman for Border Steel in El Paso until his retirement in 1990.

He was preceded in death by his parents, sister Charlotte, brothers Robert and Marvin, grandsons Shane Reynolds and Tyler McClain, and first wife, Bobbie Ruth.

Methodist Church of Silver City and the Elks Lodge 413 of Silver City. In his retirement years, he and Linda travelled the West and Canada, often in their motor home. They had fun trips with the Gila Travelers. He was an accomplished carpenter and enjoyed renovating their home and rental property.

He is survived by his wife of 37 years, Linda Reynolds of Silver City, his sister, JoAnn Howell of Gilbert, AZ, and his children from his first marriage: Edward D. Reynolds (Dawn), of Silver City, Cynthia May Evans (John) of Bloomfield, NM, and Steven Michael Reynolds (Linda) of Littlefield, Texas and grandchildren and great-grandchildren.

A memorial service will take place at Fort Bayard National Cemetery with full military honors on Monday, August 8 at 1pm with Pastor Glenn Schrader officiating. Cremation has taken place at Terrazas Crematory. Arrangements are with Terrazas Funeral Chapels and Crematory “Trusted care for the ones you love” ~ 575-537-0777. To  send condolences, visit www.terrazasfuneralchapel.com.