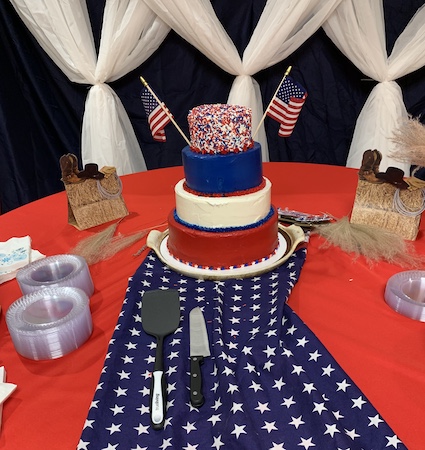 A small table sat on the stage with a photo and small memorial with a flower to Linda Pecotte, who served the local party for many years before her accidental death on Friday when her small plane crashed.

The first speaker was District 4 Commissioner Billy Billings who talked about how the party is progressing in its efforts to elect Republicans to local and state officers. “Our efforts are yielding results. For the first time ever, Grant County has two Republican representatives in the New Mexico State House of Representatives, and Yvette Herrell is our District 2 Congressional representative.”

He talked about the freedoms that are being taken away from the citizens of not only New Mexico, but Americans in general. 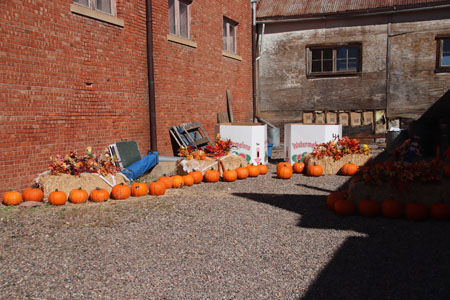 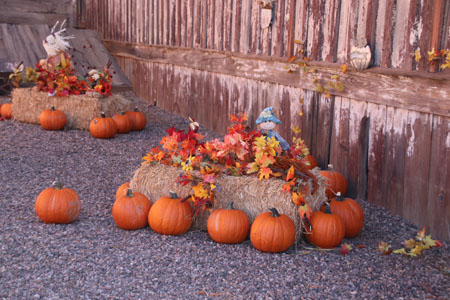 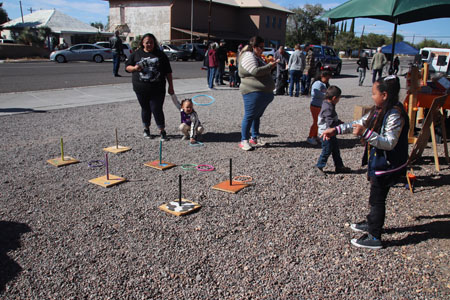 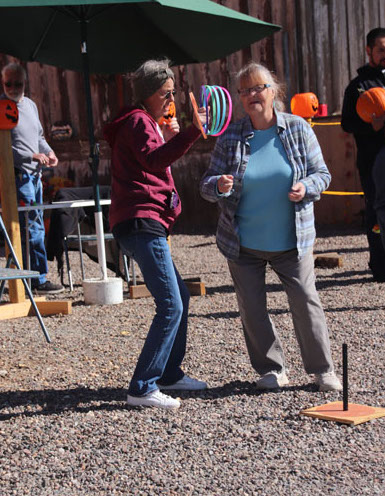 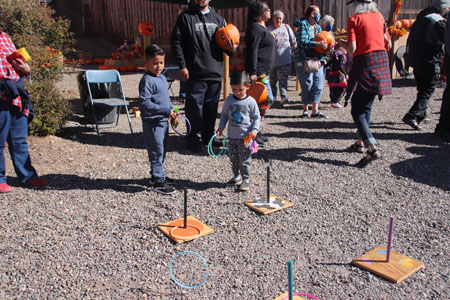 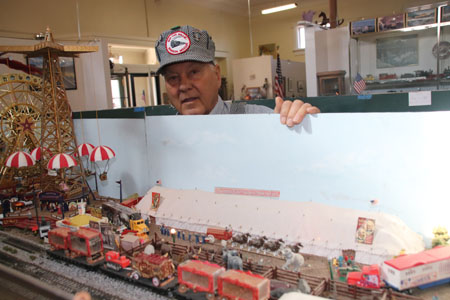 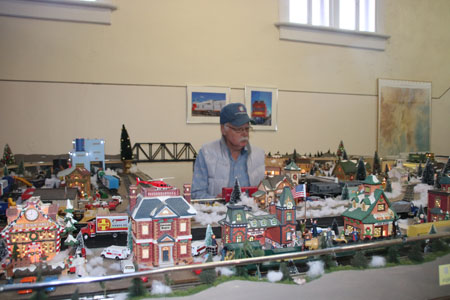 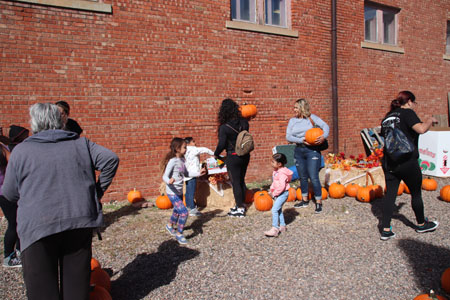 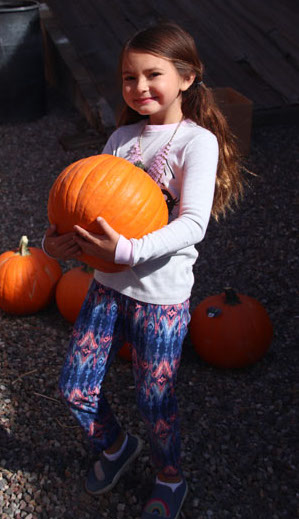 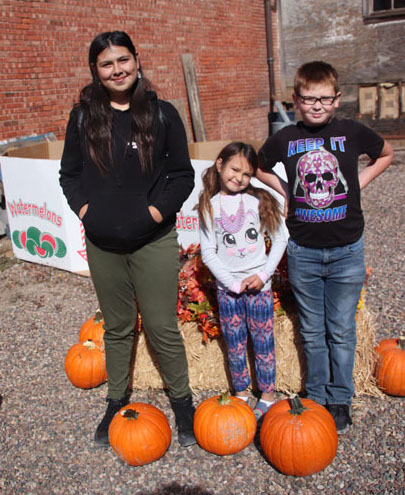 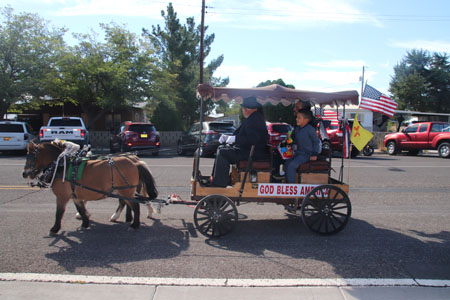 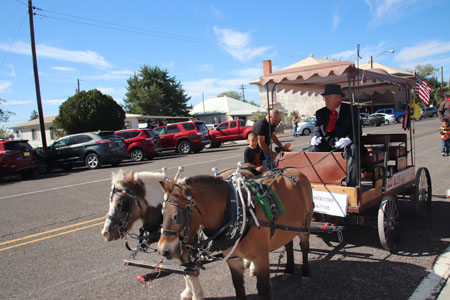 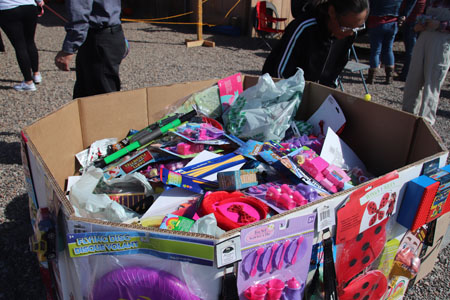 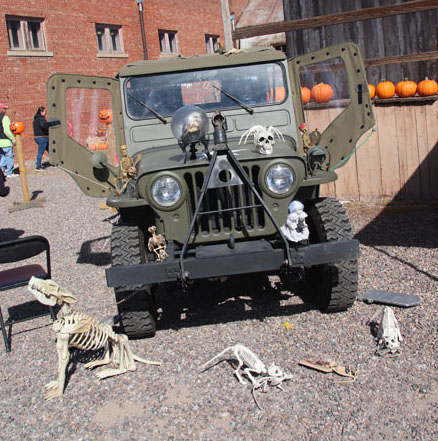 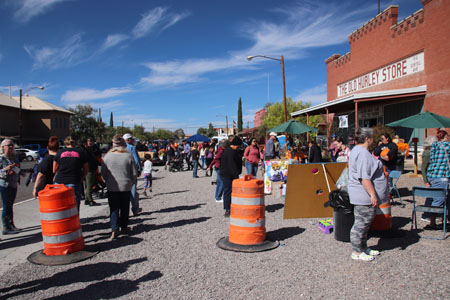 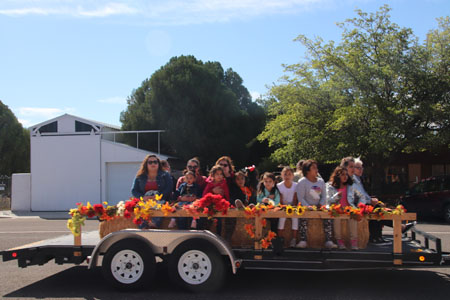 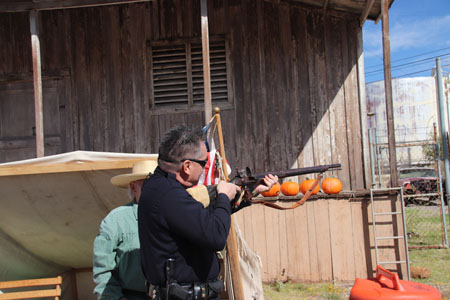 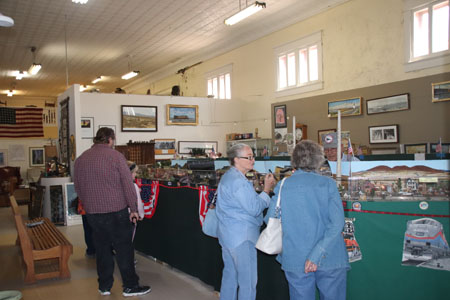 Hurley Pride Committee, organized by SaVanne Kilgore, put on the annual Hurley Pumpkin Patch for the residents of Hurley on Oct. 16, 2021, at the Old Hurley Store. Vendors, games, music and food, and of course, lots of pumpkins, formed the celebration. Parents and kids and old folks showed up to participate. 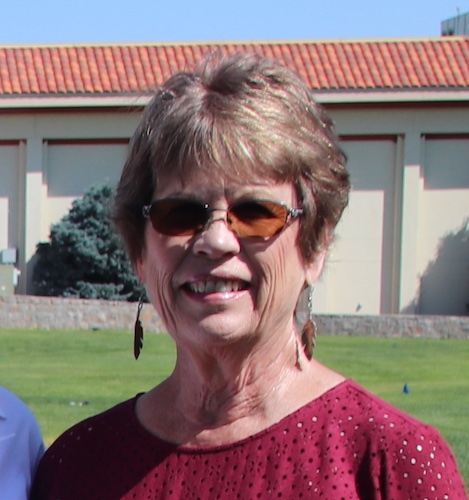 NEW MEXICO (KRQE) – A local pilot is dead and two passengers are in the hospital after a small plane crash in Catron County. New Mexico State Police say the aircraft went down in Sheep Basin, south of Reserve around 11 a.m. on Friday.

The pilot, Linda Pecotte from Silver City, was killed. The conditions of the two passengers are unknown. The Federal Aviation Administration and National Transportation Safety Board are on their way to investigate the crash.

This photo was taken at the commemoration of 9-11 at Western New Mexico University. She and Elaine Haynick presented certificates of appreciation to first responders at the ceremony. Photo by Mary Alice Murphy

The town of Bayard held its regular town meeting October 12, 2021. The meeting started with Mayor Chon Fierro calling the meeting to order and leading the Pledge of Allegiance.

Manny Garcia stood up and said this was his first meeting that he attended. He had come to voice his concerns about all the potholes. Garcia said they have been ignored for years. Mayor Fierro answered, they were short of staff and having a hard time getting the asphalt needed. Someone from the maintenance department said they had equipment problems and had fixed many potholes, but they just come back and are trying to keep up. Kristy Ortiz, clerk said they had contractors that would be doing the larger holes sometime in the next eight months. Fierro replied that when maintenance has potholes and water leaks to fix, water leaks come first. He said he was aware there was a problem. Ortiz said that this year they were given $108,000 for fixing potholes whereas in the past they had only received $30-40,000.

[Editor's Note: The meeting went for a bit more than five hours, with a very short break. Several articles will cover the presentations and the review of the regular agenda, in addition to county and commissioner reports. Part 1 will cover the first presentation.]

With no public input, either by Zoom or in person, Grant County commissioners heard the first presentation, which addressed The Water Trust Board and House Bill 200, as requested by District 4 Commissioner Billy Billings. He had asked Southwest New Mexico Council of Governments Executive Director Priscilla Lucero to do the presentation.

Lucero, who was recently appointed to the Water Trust Board to represent the southwest New Mexico corner of the state, said she has participated in a couple of committee meetings. "It's pretty apparent that they were learning during the legislation process that it was important to have local representation. We really wanted to give the four counties the opportunity to give input. Things that have brought me comfort include that a lot of people were asking if the money can be transferred to other parts of the state. No, it is only for the four-county area."

For an independent, non-partisan redistricting committee, the Citizen Redistricting Committee results are more like a tutorial for Gerrymandering. Gone completely is Representative Rebecca Dow from Grant County while adding more urban areas to her district.

Below is Rebecca Dow's to response to the hatchet job their doing to her district:

"I'm disappointed to hear that an out-of-state special interest group paid people to testify during redistricting hearings. It is critical that southern New Mexico's voice be protected. We are the producers of affordable high-quality food. We are the producers of over half the state's budget through extraction industries. Absorbing us into the metropolitan area of Albuquerque will only take our representative voice away. That seems to be exactly what speaker Brian Egolf wants to do and intends to do. Shame on him!"

Dow urges people to go today to nmredistricting.org in support of Map B, which is one of the only three alternatives available. Dow has chosen this Map as the lesser of three evils. This is the last day for public comment.

The town of Hurley held its regular town meeting October 12, 2021, beginning with the roll call to order and the Pledge of Allegiance.

Mr. Padilla with the Santa Clara Action Committee and invited everyone to attend a meet and greet for the candidates running in the upcoming election. He said it would be on the Oct. 23.

Maintenance department gave a report on the cemetery and chip seal for the road taking place soon.

The initial investigation indicated a 2004 Dodge Ram pick-up was traveling south on Eighth Street. For reasons still under investigation, the driver of the Dodge Ram left the roadway and crashed into a cinder block fence. The driver, Britain Childers (29) of Deming, NM was ejected and sustained fatal injuries in the crash. Childers was pronounced deceased by the Office of the Medical Investigator.

The passenger of the Dodge Ram, a twenty-seven-year-old male, who will not be named by the New Mexico State Police, was also not wearing his seatbelt, was ejected from the Dodge Ram. He was transported to an area hospital by emergency medical personnel and later flown to a hospital in Texas where he is being treated for his injuries.

It is unknown if alcohol was a contributing factor and seatbelts do not appear to have been properly utilized. This information is preliminary, and the investigation is still active and ongoing.